If there are any mistakes in documents or how to make changes in identity card or certificate
Popular services of the portal eGov.kz
Contacts of the Vital Recоrds departments of the local executive agencies of the RK
Useful online services
Marriage between the citizens of Kazakhstan and foreignеrs 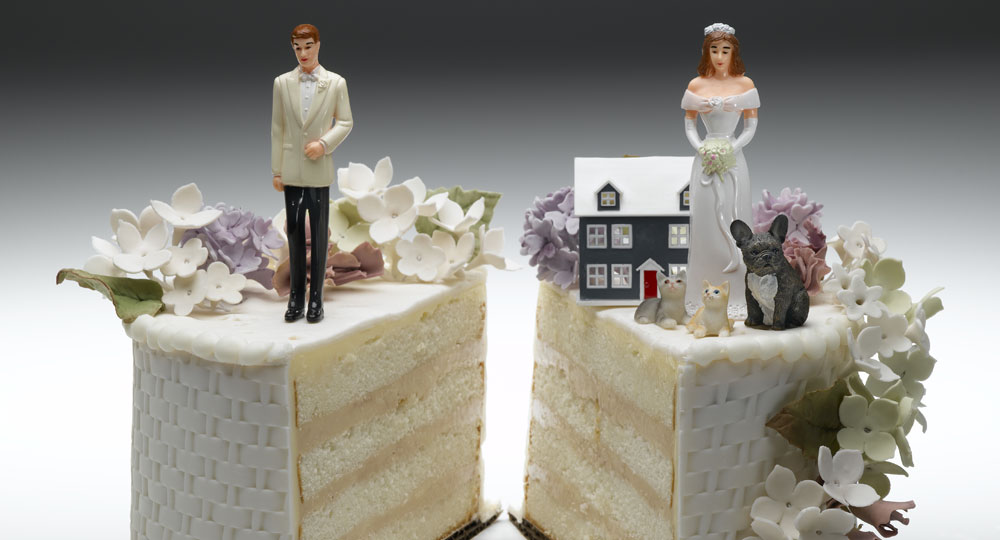 Entering marriage, not everybody thinks about the order of property ownership in marriage and its sharing in case of divorce. Certainly nobody wants to think of the worst in such a significant moment. In this article we will tell about personal and joint property of spouses, the role of marriage contract, how property shares are distributed, and what conditions will affect on property division upon divorcement.

According to p. 1 art. 32 of the Code On Marriage (Matrimony) and Family legal marital property regime is a regime of their joint ownership, if only the marriage contract was not specified by other conditions. Property acquired by spouses while marriage is their joint property, in accordance with the article 33 of the Code. Property acquired while marriage is joint, but each of the spouses may also have private property.

Joint property means that it is not divided on shares. Private property differs from the joint one that it belongs only to one person and therefore cannot be divided upon divorce.

What does privet property include?

In the first three cases, there is no need to formalize a private property in any particular way, also it does not require the court's decision in this case. In the last case (when spouses have been living separately after divorce registration) property is recognized as private, but only by the court decision.

Obviously, while divorcement, private property of each spouse also remains in private ownership. Also there is a special article which allows to recognize your personal property as the joint one, if there were investments which increased the cost of property of the wife or husband. It is especially important if, for example, an apartment belonged to your spouse, was significantly repaired or reconstructed with your common funds, then the apartment can be considered as joint property. You can find this fact in the article 36 of the Code.

What does joint property include

According to the same article 33 of the Code, joint property, acquired by spouses during marriage includes:

All mentioned above property is considered as joint regardless on whose name in the family and for whose money it was acquired.

Point 3 of article 33 of the Code notes that even if you were engaged in household or children care during marriage and had no earnings, you also have the full right for joint property.

Joint property upon divorcement is divided on shares, if it is a case of property division. According to the article 38 of the Code under the division of spouses’ joint property and determining the shares in this property, the shares of each spouse is considered as equal, if there is no additional conditions provided by the contract between them. Shares in joint property of the spouses in common property are determined by dividing of the property and are always considered to be equal (1/2 or 50%), if:

According to the article 38 of the Code the court may derogate from equality of the shares in joint property in favor of under aged children’ interests and (or) based on the interests of one of the spouses, if the other spouse did not receive income for disrespectful reasons or spent the common property of the spouses to the detriment of the interests of the family without the consent of the second spouse. First of all, it refers to people with drug and alcohol addiction: they get the smallest share of the joint property, if it will be proved by the court. You will not find certain rules on this matter in legal acts, the situations are considered personally by the judge.

If the defendant spouse will prove that he was searching a work, had legitimate excuses of his unemployment, was engaged in household and children care, then the court will not be able to reduce his share.

There is a myth that children also have the right for shares in the joint property. That’s not so, initially the shares of each spouse comprise 1/2. The shares are changed taking into account children only if one of the spouses did not receive income deliberately and spent common funds. Therewith children are not received a particular share, but the share of one of the spouses who continues to care about children is increased.

If the property was acquired, received as a gift or by inheritance before the marriage, it is private and is subject to division only if it were invested by common money (for repair, reconstruction, etc.). In this case, the share of invested funds and the impact on final cost of the property will be considered.

The question about the shares in joint property often causes a lot of debates, that is why it is strongly recommended to make a marriage contract or agreement on the division of joint property.

One should not hope that marriage contract can save spouses from debts payment. Because it is indicated in the article 45 of the Code that creditors of a spouse-debtor has rights to demand a change in the conditions or termination of the marriage contract concluded between the spouses in connection with the changed circumstances in accordance with the norms of the Civil Code of the Republic of Kazakhstan.

How to submit an application to the court for property division upon divorcement or after it?

According to the article 18 of the Code «On marriage and matrimony» disputes connected with the division of joint property are considered in a legal procedure.

In accordance with Article 180 of the Civil Code, the running of the limitation period starts from the day when the person knew or should have known about the violation of the law.