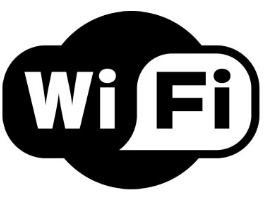 The Internet has long since ceased to be tied to a single hotspot. It used to be impossible to access the Internet without a wire, but now, thanks to the development of technologies, it is possible to get into the network from almost any mobile gadget. There are many data transfer protocols, but the most popular of them is Wi-Fi.

Wi-Fi technology is designed for access over short distances and at the same time with a relatively high speed. The name of the Wi-Fi protocol is an abbreviation of the English word combination Wireless Fidelity.

A Wi-Fi network is formed from hotspots. Each hotspot is surrounded by an area within a radius of 50-100 meters, called a hot spot or Wi-Fi zone. To enter the world network, the user only needs to get into the range of any hotspot, and the Internet settings are made automatically. However, if the Wi-Fi hotspot is password-protected, the person must know the password to access the Internet.

Nowadays, Wi-Fi zones cover more and more space, educational institutions and cafes, hotels and parks, railway stations and airports. It is enough to have a mobile device and a friend with whom you can communicate via the Internet.

The Wi-fiMAP project was created by the order of Kazakhtelecom JSC to help users find Wi-Fi hotspots in the cities of Kazakhstan.

How to search for hotspots

To find the right Wi-Fi hotspots, you need to select your city from the list.

After you have selected a city, a map of the selected city and a list of Wi-Fi hotspots in it are loaded.

There are several ways to find the hotspot you need:

You need to click on the name of the hotspot you need, and then the map will automatically go to this hotspot on the chart.