Patent attorneys in Kazakhstan: who to contact to protect intellectual property?
Charity foundations of the Republic of Kazakhstan
Information on waste reduction, recycling and reuse
BCC - The budget classification codes
Tax rates 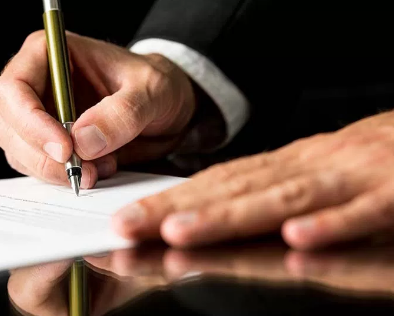 In 2017, the President of the Republic of Kazakhstan signed the Decree "On the translation of the Kazakh language alphabet from the Cyrillic alphabet to the Latin script".

By the Order of the Prime Minister of the Republic of Kazakhstan, the National Commission for Translation of the Kazakh Language Alphabet into Latin script was established.

The plan of actions of stage-by-stage transition of the alphabet of the Kazakh language on the Latin drawing is developed till 2025, 4 working groups on spelling, methodical, terminological, technical and information support are created. Also Decree of the Government of the Republic of Kazakhstan was published “On establishment of Shaisultan Shayakhmetov “Til-Kazyna” National Scientific and Practical Centre”.

The Concept of the spelling rule of the Kazakh alphabet based on the Latin script is developed. On the basis of the Concept, the scientists of the  A.Baitursynov Linguistics Institute developed the project "New rules of spelling of the Kazakh language".

Til-Qazyna, an information and educational newspaper, was presented, which was first published in Latin script. The electronic version of the newspaper is offered to the reader through the websites Tilalemi.kz, Tilqazyna.kz.

In 2018, the Ministry of Culture and Sports of the Republic of Kazakhstan implemented a number of information technology projects in order to introduce the new alphabet into the information space. In particular, the national portal called “Qazlatyn.kz” was established which contains complete information on transfer to Latin script. All the developed innovative projects are published on the portal:

In 2019, an “IQdos” cartoon in 3D format was created to teach children the Kazakh language, captions in Latin script were created for the “Selten Seri” animation film and it was dubbed in the national language.

In the "Til-Kazyna" center, training courses were introduced, which are devoted to the orthographic rules of the new alphabet.  Classes are equipped with the necessary equipment and technology for the courses. In the classrooms there is the opportunity to establish contacts with scientists, methodologists, conduct online seminars in the country, as well as abroad.

After the order of the President of the Republic of Kazakhstan K.K.  Tokaev to improve the approved alphabet based on the Latin script as of October 21, 2019, scientists of the orthographical working group conducted a scientific and practical testing of the approved alphabet.

Following the order of the Executive Office of the President of the Republic of Kazakhstan, on March 4-5, 2020, an open republican discussion with participation of scientists from universities, colleges and schools as well as teachers and methodists of the Kazakh language was held in all the regions. Overall, 630 professionals participated in the discussion. The discussion was devoted to introduction of С, W, X characters, identification of и, і, ж, ң sounds and assignment of characters for ц, ч sounds to the draft alphabet designed by the orthographical working group. Thus, 9 regions of the country supported the draft of an enhanced alphabet designed by the memebrs of the orthographical working group. Sixteen regions were against introduction of С, W, X characters to the alphabet and 15 regions were against introduction of    “Ц И Ч” sounds.

Under the emergency situation, the work on the alphabet enhancement has been continued online.

On April 15, 2020, an online meeting was organized with participation of members of the  orthographical working group and scientists from the A. Baitursynov Linguistics Institute. The agenda was a vocal meaning of /у / ı / і / characters.

Pursuant to the general practice and theory of alphabet formation, in the period April 20 to May 06, the scientists of the working group conducted 18 online lectures related to phonetics, orthography and practice of alphabet formation for Turkic nations. Scientists from all the regions as well as teachers and methodologists from regional training centers participated in the lectures. The lectures were streamed on Youtube channels and Facebook online.

Since the presidential order, 3 media plans have been developed, 582 academic works related to alphabet formation, its principles and separate symbols have been published.

Today, the work is done to discuss separate symbols of an enhanced alphabet.

We offer you the new alphabet of the Kazakh language, based on the Latin script 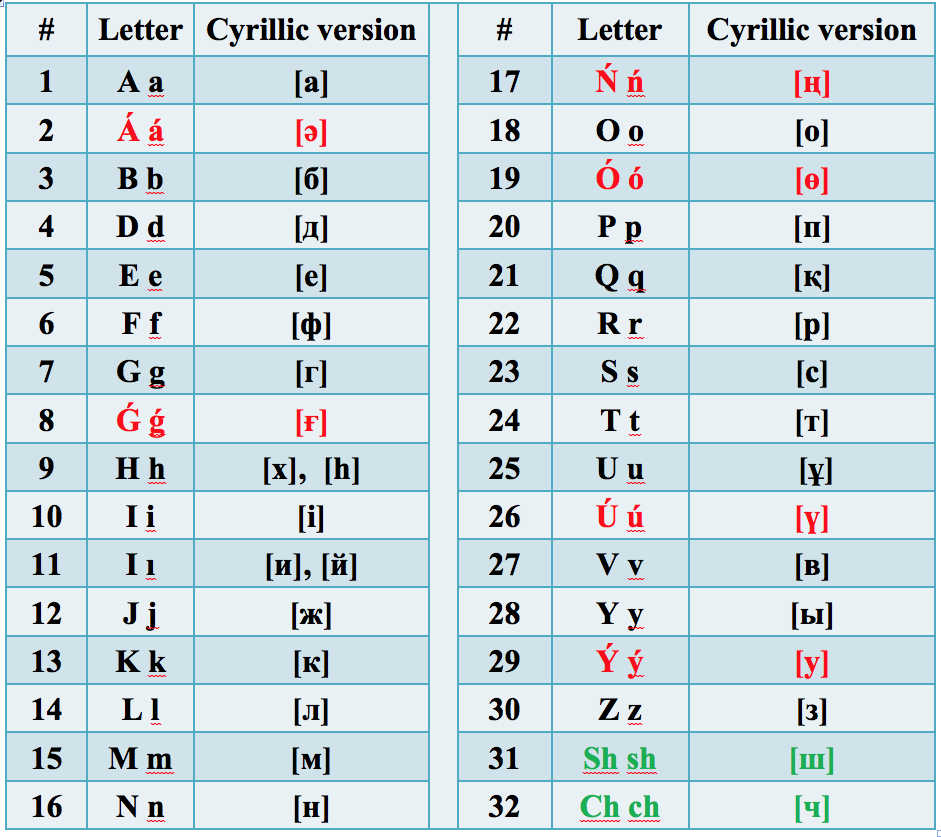