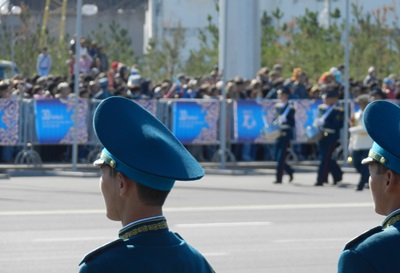 To begin with, we note that military discipline in Kazakhstan is divided into several areas:

Conscription of citizens for selective military service is carried out 2 times a year: from March to June and from September to December.

Citizens can receive exemption from military conscription in peacetime:

Currently, there is a list of diseases, according to which a citizen can be recognized as unfit for military service. Based on the results of a medical examination, a specialist doctor issues an opinion on the category of fitness of the citizen according to the following criteria:

In peacetime, the following are exempted from conscription for military training:

As mentioned above, a deferment is a temporary postponement of the term for military service due to certain circumstances.

The deferment is granted for the following reasons:

A deferment from conscription for family reasons is provided to the citizens:

Family members in need of outside help and care are:

A deferment from conscription in case of continuing the education is provided to the:

The citizens receive a deferment to continue their education only for the period of study.

A deferment from military service to continue education is not provided to the citizens studying using distance learning technologies.

A deferment from conscription for health reasons is granted to the citizens by the decision of the draft board for up to 1 year.

A deferment from conscription for other reasons is provided:

In this case, the deferment is granted for the entire period of work, and in the case of a criminal case  until the end of the investigation by the court decision.

You can see the list of diseases here by following this link.

A brief description of the names used in the table.

Categories of the citizen's fitness for military service

citizens when registering for enlistment offices;

citizens (military personnel) upon admission to military educational institutions (hereinafter referred to as the university), implementing programs of technical and professional, higher education;

citizens upon admission and studying in military departments (faculties) at higher educational institutions;

citizens when entering military service under a contract from among soldiers, reserve sergeants, military personnel undergoing compulsory military service, as well as women who do not have a military rank;

citizens when selecting for training in military-technical and other specialties in specialized organizations of the Ministry of Defense of the Republic of Kazakhstan on a reimbursable basis;

cadets (attendees) of the university prior to concluding a contract on military service;

university attendees (cadets) after the conclusion of the contract;

Additional names to the requirement for health reasons:

M-IND - fitness for military service in the Armed Forces, other troops and military formations of the Republic of Kazakhstan is determined individually, and provides a category of fitness “Б” or “B”;

IND - fitness for service in the branches and combatant branches of the Armed Forces, other troops and military formations of the Republic of Kazakhstan, for certain military registration specialties is determined individually.