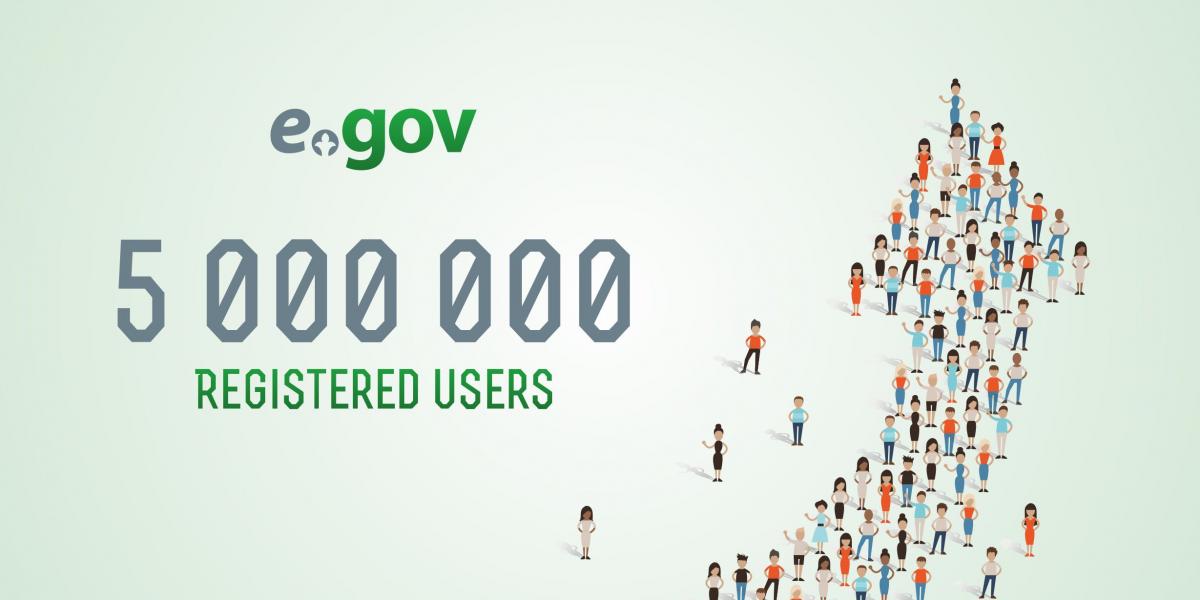 Five million users are registered on e-Gov portal of Kazakhstan.  The round figure is achieved in a jubilee year of the portal. On April it will celebrate its 10th anniversary. Mariya Ussacheva from Temirtau became 5-millionth user of the portal.

Currently, 240 e-services are implemented on e-Gov portal.  Usually, Kazakhstani citizens obtain abstracts on residence (62 mln.), abstracts on pension contributions (11.8 mln) and abstracts on title for property (18.6 mln). In total, over 124 million various services have been delivered to citizens up to date.

Payment service is also quite popular on e-Gov portal and enables paying for taxes, fines, national duties, public utilities, communication services and so on. The largest percentage of payments is made for traffic violations; it amounts to over KZT 11 billion.  About KZT 2 billion were paid by Kazakhstani citizens for national duties and KZT 1.3 billion for taxes.  Besides, it became easier to make payment to the budget through e-Gov portal using “Pay in one click” service.  It enables making payments to budget without re-entry of payment card data.

Over 10 million digital signatures were issued for interaction with e-Gov and over 4 million of them are recorded on citizens` national IDs.

At the moment, Kazakhstan is placed 28 among 193 countries in the UN e-Gov development rating.