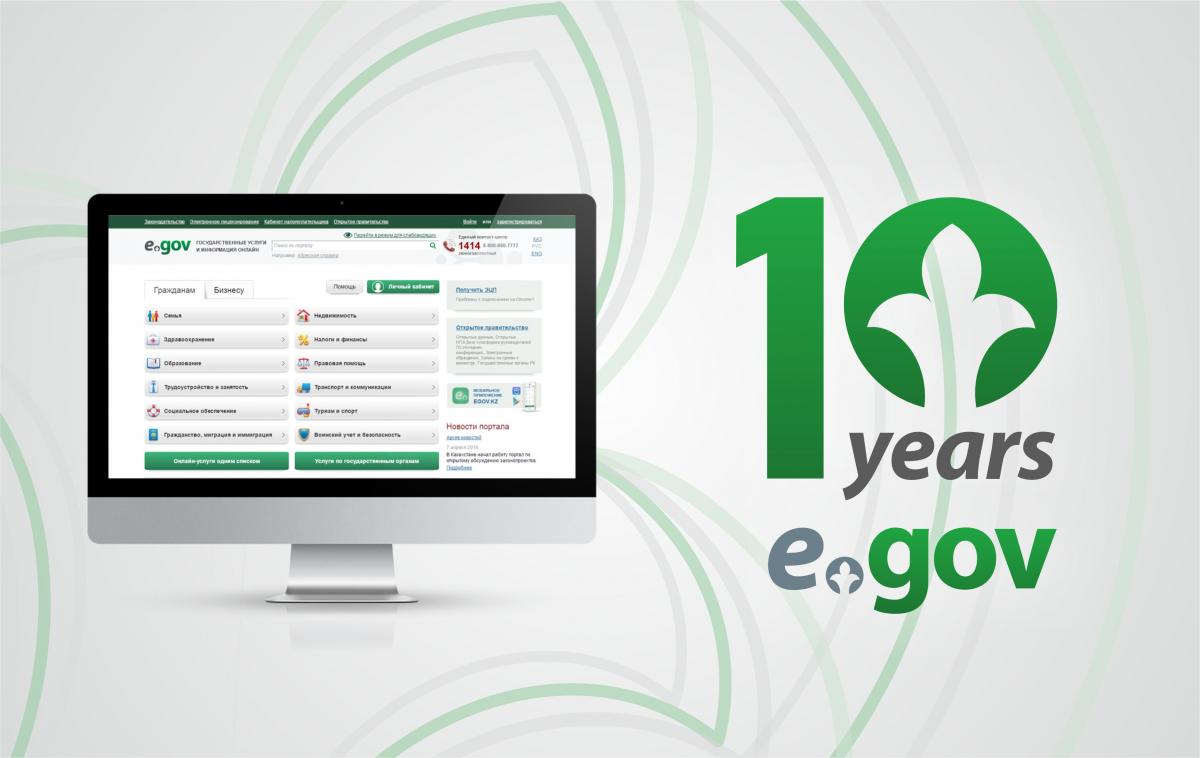 Today, April 12, 2016, is 10 years since the launch of e-Government Portal of Kazakhstan. At the briefing in Central Communication Team under President of Kazakhstan, the Vice Minister of Investments and Development Saken Sarsenov and Deputy Chairman of the Board for e-Services of National Information Technologies JSC Baglan Bekbauov told about the eGov start up and about the plans for developing it.

S.Sarsenov mentioned in his speech that for the past 10 years, the e-Government legal framework, architecture and infrastructure had been created in Kazakhstan. All the required components were created, including databases and both national and interdepartmental gateways.

e-Services’ affordability became possible also thanks to digital signatures’ being provided to citizens on a free-of-charge basis. To date, over 10 million digital signatures have been issued, of which about 4.5 million have been recorded on citizens’ ID cards”, Vice Minister of MID added.

The eGov portal users amount already to over 5 million persons, or more than half of the economically-active population of Kazakhstan, capable of accessing 240 e-services. For the entire period, around 130 million services were provided via the eGov infrastructure.

According to Deputy Chairman of the Board of NIT JSC Baglan Bekbauov, the most popular services obtained via eGov are: abstracts of residential address (about 64 million), abstracts of the registered title to real estate (about 20 million) and abstracts of pension deductions (more than 12.5 million times).

One of the portal’s in-demand services is the online registration of business. Via eGov, over 73 thousand companies since 2013.

Through the e-Gov Payment Gateway, about 3 million transactions have been made for the sum of over KZT 18 billion, of which the payments for KZT 10 billion were made only within 2015.

A new essential stage in developing the e-services delivery infrastructure, given the intense penetration of mobile communication and mobile technology among citizens, is the creation of Mobile Government. Currently, 80 different services can be obtained via eGov mobile app for iOS, Android and Windows Phone platforms.

Further improving of transparency, accountability, and efficiency of government agencies’ activities is expected in the course of developing Open Government of Kazakhstan consisting of five components: Open Data, Open Laws & Regulations, Open Budgets, Open Dialogue, and Government Agencies Activity Assessment. On the Open Data portal, 338 sets of publicly available data of government agencies have been placed in machine-readable format, with 12 mobile apps having been developed based on them. Also, to date, 1490 open data sets have been approved that will be published on the portal by September this year. And on the Open Budgets portal, the first information will be accessible in May already: citizens will be able to access the reports on implementation of budget programs for 2015.