In Astana, the working meeting on Open Government implementation was held Printable version 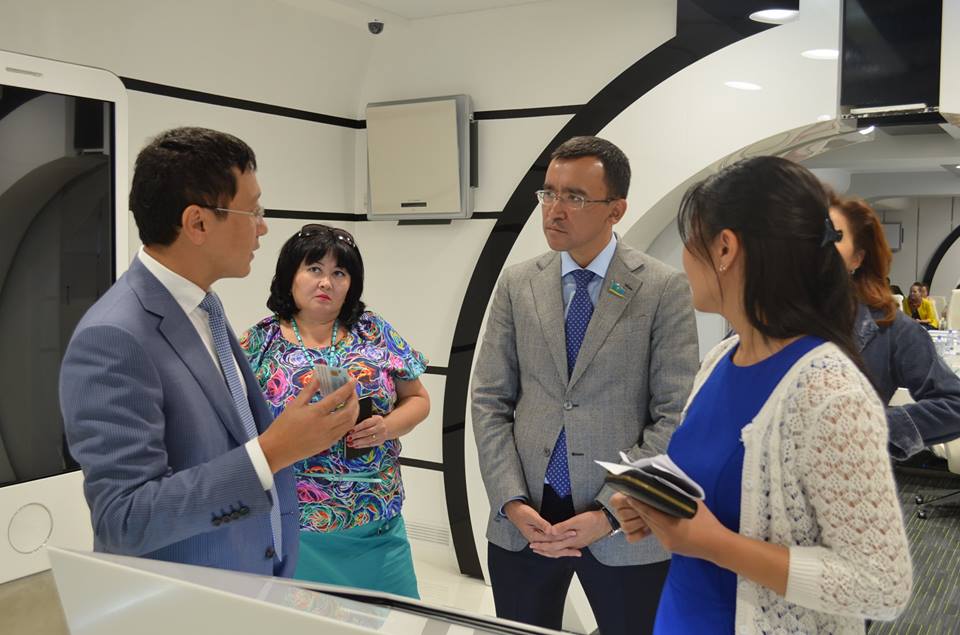 The meeting was held with participation of M. Ashimbayev, Member of Majilis of Parliament, the Chairman of Committee for International Affairs, Defense and Security and Head of “Open Government Implementation” subgroup within the Working Group for creation of accountable government under national Modernization Commission in terms of implementation of Nation Plan – 100 Concrete Steps.

In his speech, M. Ashimbayev told about the progress in working at the Draft Law “On Access to Information”, mentioning that the Parliament would start discussing it in early September this year.

During the event, National Information Technologies JSC staffs presented the operation of portals of open data and open laws and regulations, blogs of government agencies’ executives, and also demonstrated the apps based on open data and the “Photo2Gov” app.

Currently, over 300 open datasets on education and health institutions; culture and public safety organizations; transport sector data are accessible on the data.egov.kz portal, as well as the data on statistics of crime and traffic accidents within cities, the data o0n statistical indicators, etc. In addition to datasets, there is the section on the portal that contains apps created based on open data. Furthermore, the portal provides access to functionality of government agencies’ systems using API interface.

One more component of Open Government, “Open Laws & Regulations” was created for citizens to discuss the draft laws, public services’ standards, and authorization documents. Open Laws & Regulations enable any citizen’s reviewing a project before it goes to government agency and superior authorities for coordination.

It should be reminded that currently National Information Technologies JSC is conducting a number of actions to identify citizens’ and businesses’ demand for open data. The list of open data generated following the meeting and coordinated with government agencies will be mandatorily published after the Law “On Informatization” is adopted.