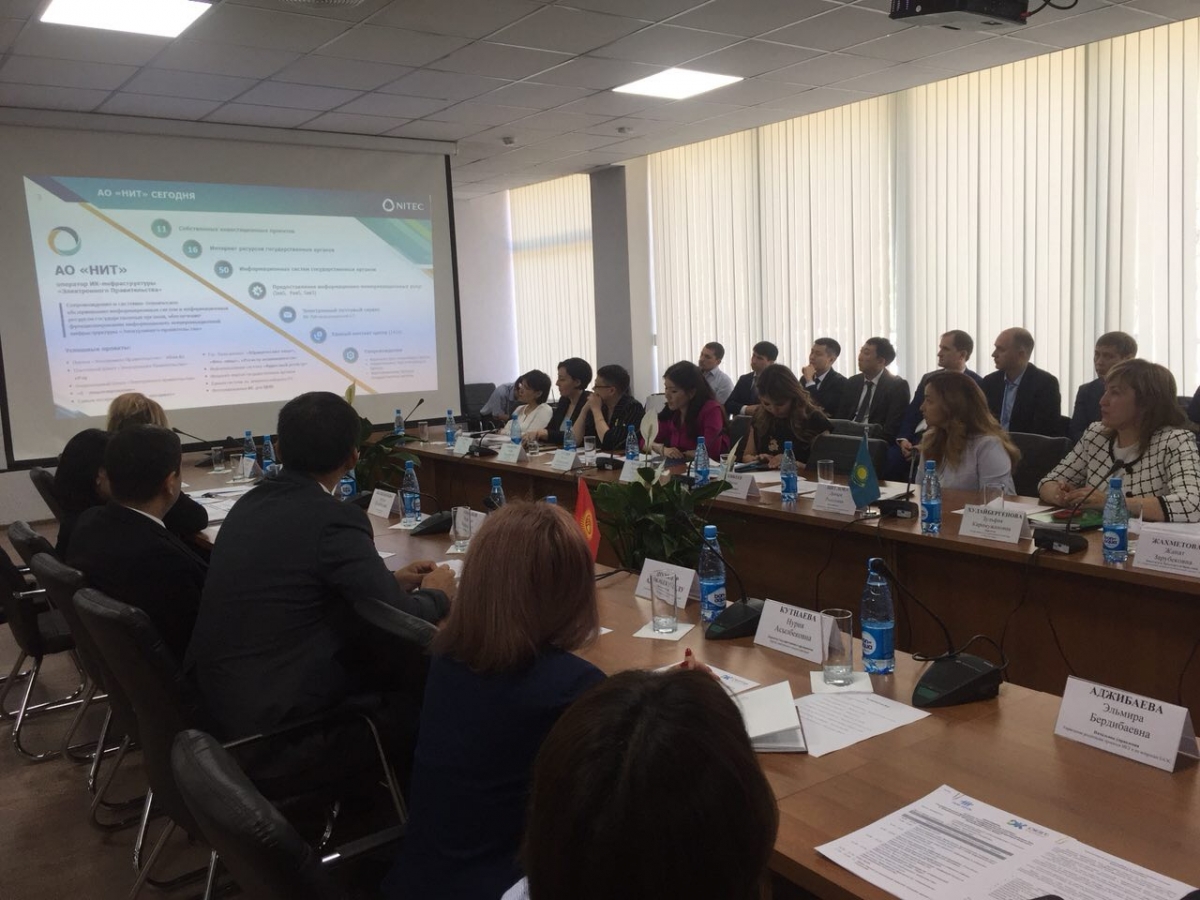 Also, the “Digital Kazakhstan” program and International “Astana Hub IT Park were presented to the event attendees.

During the bilateral meeting, B. Kassabek, Deputy Chairperson of the Board, National Information Technologies JSC, on behalf of e-Gov Infrastructure National Operator, shared Kazakhstani experience in creating and developing e-Gov and in particular, told about the stages of its establishment, infrastructure and results    achieved since eGov.kz portal launch, and also about Integrated Call Center (1414).

Also, NIT JSC investment projects were highlighted: “e-Notary” (the service is provided to more than 4230 public notaries), “Vehicle Inspection” (767 technical inspection operators are connected to the system) and “e-Licensing”, which were launched to improve citizens` living standards.

It should be noted that in Kazakhstan, since 2012, 100% licenses for all types of activity are issued via e-Licensing. Today, 319 approval documents and 80 licenses are available in e-Licensing project.

E-Licensing enables Kazakhstani citizens obtaining licenses and approval documents online without leaving a house, which is particularly important to citizens from remote regions of the country.

To obtain a license or approval document, one needs to make one online request on e-Gov portal instead of gathering a considerable amount of abstracts and documents from various government agencies.

The Kyrgyz party expressed its interest in cooperation on the project and appreciated the successful Kazakhstani experience in implementing approval documents.

Furthermore, it is planned to arrange communications and improve relationships among the two countries’ members of government agencies, organizations and IT for further implementing and developing the projects, both in terms of national digitalization programs and as part of separate bilateral relationships between agencies and organizations.