Acceptance of asset and income declaration of an individual (form 270.00) 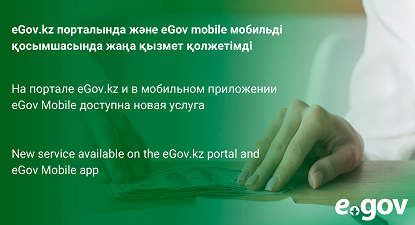 Now information on committed corruption crimes can be obtained on eGov.kz portal and eGov mobile application 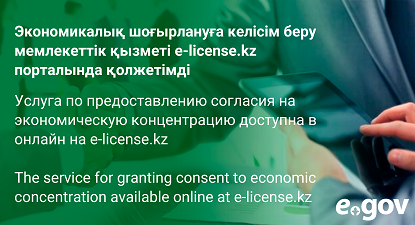 
The project is unique as all the laws and regulations will be introduced and considered only after the analysis which in its turn will include various polls, and also social media monitoring.

The third stage of the project involves capability which will enable bringing up laws for citizens` discussion. The “e-Legislation” IS is included to the “Digital Kazakhstan” National Program. Its implementation is performed via service-based informatization model.


“The Oil Metering Information System project is an “icebreaker”.

To begin with, it will provide a complete automation of gathering, processing, keeping and using information on all the oil output and its preparation for sell and refining. It covers a complete cycle, beginning from the oil well and finishing with an end user”, Vice Minister told.

Therefore, the system will enable obtaining all the information from each element of the process.

“The system will be aimed at combating shadow turnover of oil and increasing tax collection rate. Costs for the project will amount to about KZT 2.7 billion. Economic effect will make up KZT 23 billion.”

The main task of Digital Oil Field Project is to integrate various models and systems, which will allow consolidating all the important extraction facilities and enhancing the company`s productive capacity.


IBM Watson analyzes a patient`s diseases, diagnostic results as well as checks publications and medical documents. The list of the most effective medications and procedures is displayed on the screen. The platform identifies how successful each possible option will be.

When a doctor selects tactics against cancer, s/he not only considers disease state but also a patient`s age and comorbidity. It is not unusual when several various medications and treatment options can be prescribed to a person. A doctor cannot tell which will be the most effective.

In such situation, a doctor can “consult” with artificial intelligence.


What are the diseases with which IBM Watson deals?


The IBM Watson neural network selects treatment for the following types of cancer:


The artificial intelligence makes decisions based on: