How to register pregnancy
Surrogacy in Kazakhstan
Vaccination against the coronavirus infection
What one needs to know about organ transplantation?
Useful online services 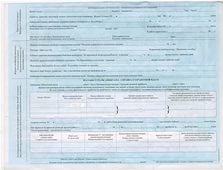 You got ill and took a sick leave? You need information on how a temporary disability benefit is calculated? In the material, you can read in what cases and in what amount your employer should pay for a sick slip.

Pursuant to Article 133 of the Labor Code, an employer should pay a temporary disability benefit at his/her own expense.

Thus, an employee should submit a sick slip to an accounting department and in case of its loss, s/he should provide a duplicate.

In which cases a temporary disability benefit is paid?

An employer should pay a temporary disability benefit at his/her own expense.

Grounding for payment of a temporary disability benefit is a sick slip issued under a procedure established by an authorized agency in the field of health.

A temporary disability benefit is paid out by an employer beginning from the first day of unemployment until the day of rehabilitation or until disability confirmation according to the legislation of the Republic of Kazakhstan.

When benefit is not paid?

How the benefit calculations are determine?

A temporary disability benefit for employees, except for working participants/veterans of the Great Patriotic War and individuals equated to them, is calculated through multiplication of a daily average earning* to a quantity of working days which fall on a temporary incapacity period.

Benefit settlement upon the sick leave certificate for definitely categories

Benefits for working participants/veterans of the Great Patriotic War and individuals equated to them are paid beginning from the first day of temporary disability in the amount of one hundred percent from an average salary.

Benefits paid due to work injuries or professional diseases are paid out by an employer in the amount of one hundred percent from an average salary beginning from the first day of temporary disability until the day of rehabilitation or until disability confirmation.

Benefit provided to care after a temporary incapable family member is not given to employees having a scheduled or unpaid leave.

In case of getting ill when staying abroad, diplomatic service employees get the benefit:

* A daily average (hourly) earning is determined through division of salary sum on the days (hours) based on working time balance, in case of five or six days workweek.