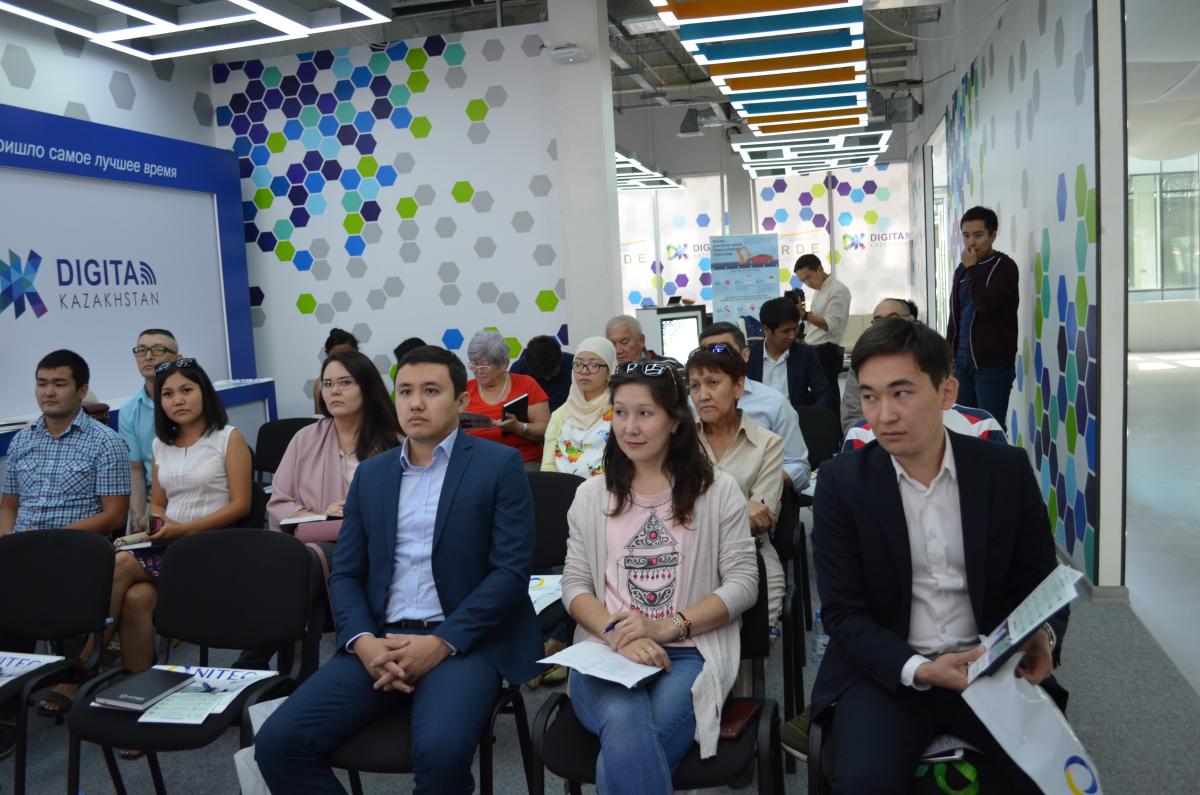 On August 15, a series of seminars on “Open Government as an Element of Kazakhstani e-Gov” were held at the Silicon Valley Corner in “Nur Alem” pavilion at EXPO 2017.

The seminar was attended by representatives of non-governmental organizations and mass media as well as by members of public councils.  During the seminar, National Information Technologies JSC staffs presented the methods for Open Government components application.

In studying the information access mechanisms and considering the issues of operation of “Open Data”, “Open Budgets”, “Open Dialogue”, “Open Laws & Regulations” and “Government agencies’ performance assessment” the seminar`s attendees got to know the basic principles of open access to data; stages of public discussion of draft laws & regulations and budget programs, and also got familiarized with the application of open data. As it was marked by public members, the capability to use and analyze information from open databases is a call of the time, while the Open Gov components application mechanisms are relevant for all users.

During the seminar wrap-up, the participants made their suggestions on enhancement of portals` operation. The seminars were summed up and the memorable gifts were handed by NIT JSC to the attendees.

“Open Data” Portal (Data.egov.kz) provides datasets in machine-readable format that can be used to develop various useful services and mobile apps. To date, 2364 open datasets have been published on the portal.

“Open Laws & Regulations” Portal (Legalacts.egov.kz) provides an opportunity of discussing the new draft laws published by government agencies in charge.  Users can provide their feedback on any clause of the discussed law or regulation, which will be considered by a Specialized Working Group. Over 15 thousand draft laws & regulations have been published on the portal since its launch.

“Open Dialogue” Portal (Dialog.egov.kz) enables addressing directly to government agencies` executives` blogs and web-conferences. The number of requests submitted through the portal is over 193 thousand, while the number of web-conferences held is over 200.

“Open Budgets” Portal (Budget.egov.kz) is the platform where government agencies publish their budget programs and financial statements. Currently, over 13 thousand draft budget programs have been published.