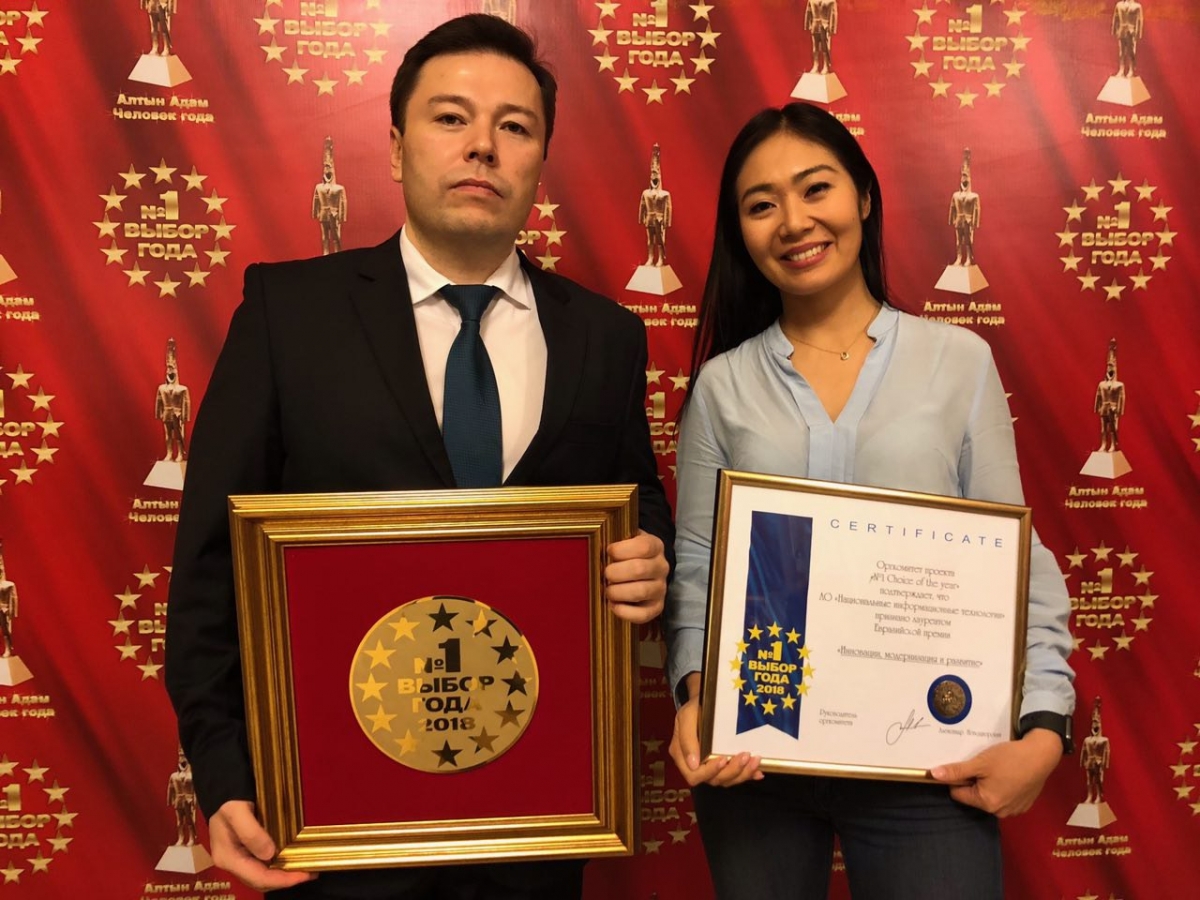 In Almaty, one of the major annual events for businesses and organizations of Eurasia countries called “Choice of the Year 2018” took place.

In the national project, National Information Technologies JSC became the winner in special nomination established by steering committee and called “For Achievements in Innovations, Modernization and Development”.

“IT in Kazakhstan has been developing by leaps and bounds. In this regard, the role of national operator represented by NIT JSC is crucial as it is the sole integrator of information systems of national importance and the award is the result of work performed by several thousand people”, Akhan Sarmanov, Deputy Chairman of the Board, who attended the award, told.

According to the steering committee, today, Kazakhstan is digital and progressive and National Information Technologies JSC is leader in the field as it creates digital services for Kazakhstani citizens and delivers services not only to citizens but also to government agencies. The Company also carries out integration activities, which in its turn promotes the country to an international level in the field of digitalization.

Also, award winners got top prizes of the project: “Altyn Adam” (“Golden Man”) figures as well as “Public Recognition” and “Choice of the Year No.1” medals of honour.

Over 100 companies participated in the national project, which has already taken place 19 times.