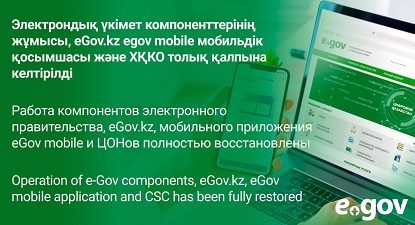 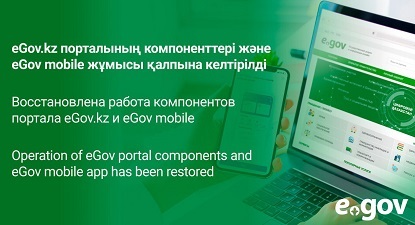 Today, due to the failure of government agencies` server center infrastructure, certain state databases and e-Gov components were unavailable. 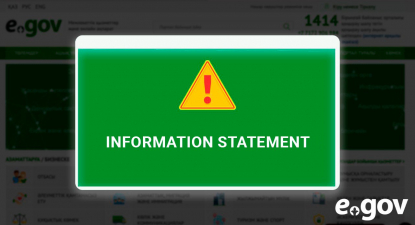 INFORMATION STATEMENT
Currently, there is an incorrect operation of the components of the eGov.kz portal, Open Government portal, eGov mobile application and state database of individuals.

With the advent of cryptocurrencies, blockchain technology began to gain traction and popularity in many developed countries such as Australia, Estonia, and Singapore, especially in their areas of finance. Now they are already trying to use this technology for efficient and secure storage and processing of personal data.

Given the rapid growth of blockchain technology and its successful application by most of the countries developed in the field of digitalization, for Kazakhstan this direction is one of the priorities for achieving a successful digital transformation.

Despite the fact that blockchain technology has begun to popularize relatively recently in Kazakhstan, a number of interesting projects in this direction have already been implemented or are at the planning stage.

Robotic process automation is one of the core elements of Industry 4.0 and an integral part of the digitalization process. Industrial robots are being actively introduced in the extractive and manufacturing sector of Kazakhstan in order to improve control over production processes, increase labor productivity, and improve efficiency and safety of production.

As robotization develops in Kazakhstan, robotics skills are becoming more and more popular. For the purpose, within the framework of the «Digital Kazakhstan" State Program in national education:

robotics courses are being introduced

372 robotics clubs are in operation

training programmes have been developed and implemented

on the subject of «Fundamentals of Programming»

and «Robotics» in primary school

for development and support

of talented young people on a regular basis

Hackathons and Olympiads are held

Robotization is used not only in production automation, but also in other areas, such as medicine and mail delivery.