Renunciatiоn of citizenship of the Republic of Kazakhstan Printable version

How to avoid becoming a victim of human trafficking
Register of debtors. How to check debts before going abroad
Tips for Kazakhstan citizens traveling abroad
You are moving to live abroаd
Pension savings. Withdrawal, transfer and inheritance 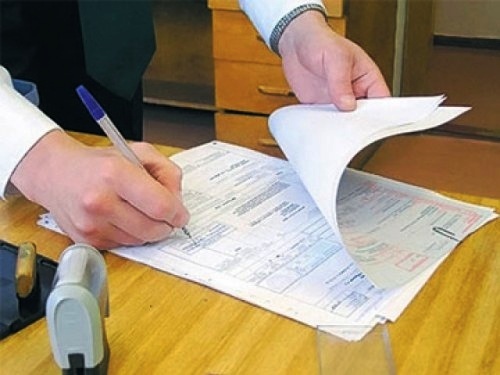 Internal affairs agencies require information about the applying person in bodies of legal statistics and information under the General Prosecutor's Office and its territorial divisions about the criminal prosecution as an accused person or about the serving of the sentence upon conviction.

The internal affairs body indicates following information in conclusions for renunciation of citizenship:

After collecting and checking of all documents submitted to the management of migration police, all the materials are sent to the Office of President of the RK for making a reasoned decision.

You can familiarize with step by step procedure of renunciation of citizenship and learn about the terms of service rendering passing through this link.

While renunciation of citizenship a person has the right to withdraw his pension savings. For this he should address to the branch of pension fund with which he made an agreement on pension assignment and provide necessary documents. More details about withdrawing and transfer of pension savings you may learn passing through this link.

The application is accompanied by:

When accepting documents, applicants are explained the legal consequences of the termination of their citizenship of the RK, as well as the provision of Article 3 of the Act, according to which a citizen of the RK is not recognized as a citizen of a foreign state, as noted in the application form.

Applications for citizenship of persons under 18 years of age, as well as recognized as incapable, are considered at the request of their legal representatives, certified by a notary, and in other states - certified by a foreign establishment, together with a copy of the birth certificate of the child (adoptive parents, guardians and custodians provide a copy of the decision of the local executive body of the RK) or with an identity document of the incapable person.

When submitting an application for changing the citizenship of a child aged 14 to 18, his or her consent is mandatory, which must be expressed in writing and notarized, and in other countries - certified by a foreign establishment.

A separate conclusion is drawn up for each family member of the applicant.

In what cases one can lose a citizenship?

In accordance with Article 20-1 of the Law of the RK On Citizenship of the RK, the deprivation of the citizenship of the RK is allowed only by a court decision for the commission of terrorist crimes, as well as crimes provided for in the relevant articles of the Special Part of the Criminal Code of the RK, as a result of which other grave harm was caused to the vital interests of the RK.

In accordance with the Article 21 of the RK Law "On Citizenship of the RK" one can lose a citizenship in following cases:

On the basis of the documents confirming the existence of the conditions provided for in Article 21 of the Law, foreign establishments draw up a conclusion on the registration of the loss of citizenship of the RK for persons permanently residing outside the RK.

The foreign establishment shall issue a certificate of loss of citizenship of the RK to the applicant within 5 working days from the date of its registration.

Persons who have not issued a permanent residence permit outside the RK and who have acquired the citizenship of another country, shall submit the following documents to a foreign establishment to register the loss of citizenship of the RK:

Renunciation of citizenship of children (under 18 years)

If both parents are citizens of the RK and one of them surrenders the Kazakhstan citizenship and at the same time applying for renunciation of citizenship of the minor child, the other parent is also required to submit a notarized application, which must express his agreement on the renunciation of child’s citizenship.

Changing of citizenship of a child aged from 14 to 18 years in case of change of his parents’ citizenship, as well as in case of adoption may be realized only with the consent of the child.

Is RK diploma upon renunciation of citizenship valid abroad?

When you surrender the citizenship of the RK and move to another country you should also think about the validity of diploma issued by Kazakhstan university outside the republic.

There is an agreement from November 24, 1998 between the Governments of the Republic of Belarus, RK, Republic of Kyrgyztan, Russian Federation and the Republic of Tajikistan on the mutual recognition of education equivalence, scientific degrees and titles. Article 8 of this agreement states: "Bachelor's degree issued in the RK, the Kyrgyz Republic and Tajikistan, and the diploma of higher professional education issued in Russian Federation and testifying conferring bachelor's degree is recognized by the Parties in continuing of higher education and applying for a job in the territories of the Parties, if the educational institution that issued them meet the criteria established by authority on mutual recognition of documents on education".Thus the diplomas are recognized only if the institution that issued them meet certain criteria. In order to find out whether they meet these criteria or not one must pass a nostrification of diploma- procedure for recognition and equivalence of foreign educational documents.

For quick process you are recommended to provide also:

The process of consideration lasts up to 4 months.

Please note - copies of documents and other materials (except the original documents on education) will not be returned to the applicants after the recognition, if you will need it in the future - in advance (before delivery ) make a backup copies! All documents are stored in the archive of Rosobrnadzor for the period established by legislation.