What apostil is? Where and how to get it? Printable version

On the procedure of consular legalization
Contacts of archives and documentation offices of Astana, Almaty and Shymkent cities and RK regional centers 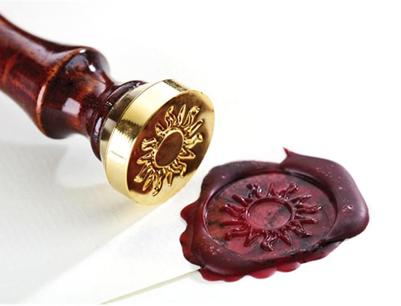 In accordance with The Hague Convention on the documents executed by the competent authorities of one country and intended for use on the territory of another state, the special stamp (apostille) is to be put. According to Article 5 of the Convention apostille authenticates the signature, the capacity of the person signing the document, and when appropriate, the identity of the seal or stamp which the document bears.

The signature, seal and stamp on the certificate by the competent authority, requires no further certification or legalization, and the document on which the apostille can be used in any of the countries - members of the Hague Convention.

In accordance with the Government of the Republic of Kazakhstan Decree No 545 of April 24, 2001 the following government agencies have the right to endorse apostille:

How to differentiate whether I need an apostille or consular legalization?

If the country, in which the document is to be used, is a party to The Hague Convention of 1961 then you will need a stamp “Apostille”. Otherwise - consular legalization.

In any case, the most important source of reliable information is the organization to which legalized document to be submitted as sometimes even different organs of the state have different requirements for legalization of foreign documents. So you need to specify the requirements for legalization where you are going to apply a legalized document.

What is an apostille?

Stamping “apostil” (sometimes this procedure is also called "simplified legalization" or "Apostille") is used to send a document to the countries that joined the Hague Convention of the 5th October, 1961 Abolishing the Requirement of consular legalization and introducing a simplified procedure of legalization - stamping "apostille. "

Simplified this procedure is called because, on the one hand, the apostille is fast enough and involves the only one authorized body, and, on the other hand, the document becomes valid in all countries that have acceded to the Hague Convention.

Also the choice of the legalization procedure may be based on the type of document, as there are many documents which are not subject to any consular legalization or apostille. This applies mainly to commercial documents: contracts, invoices, bills of lading, and various documents of title and other documents related to foreign trade activities, and for them there is a separate procedure - legalization of the document in the Chamber of Commerce of the Republic of Kazakhstan (most recently part of the National Economic Chamber Kazakhstan "Atameken"), and then at the consulate of the destination country.

According to the 1961 Hague Convention, Apostille has a square  shape with a side of not less than 9 cm and should be the model annexed to the Convention.

The text of the apostille must contain the following details:

Title “Apostille (Convention de la Haye du 5 octobre 1961)" shall be given in French.

According to the Convention, Apostille can be placed on the document itself or on a separate sheet attached to the document.

In practice in different countries use different methods of the certificate: rubber stamp, glue, (colored) ribbon, wax printing, relief printing, self-adhesive stickers, etc., as well as an appendix to the document, which is carried out by means of adhesive mounting rings, clips, etc.

States which have acceded to the Hague Convention, which abolished mandatory consular legalization and introduced simplified legalization by the stamp "Apostille"