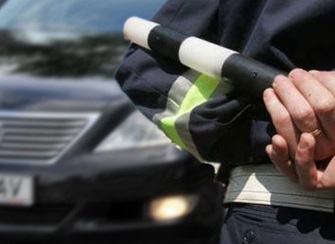 In our daily life we do not think weather we do any actions right or wrong from the legal point of view. It can be sale/purchase of car, its custom clearance or insurance. Let’s also consider the situation which occur with every Kazakhstan driver, - detention of driver by road patrol police officer. In what cases you can be detained by RPP officer, what documents may he demand and what penalties can be imposed if you violated Traffic regulations. You may familiarize with the list of frequently asked questions when people are detained by traffic police. In case the violation of the requirements of the Law of the Republic of Kazakhstan "On Road Traffic" and (or) these Rules by a driver of a vehicle is fixed by certified special technical means and devices, show the driver relevant materials for familiarization.

In what cases you must stop?

According to the  «Traffic regulations of the Republic of Kazakhstan», if the officer of road patrol police on the official card addresses to the driver with the use of loudspeaker, naming identifying characteristics and/or state number of your auto, or if the road inspector pointed on you with hand gesture (rod) and showed a place where you should stop then you must stop. After that road traffic police officer must name his position, special rank, surname and division where he serves and the reason of detention.Detention of cars by RPP officers without grounds is not allowed in accordance with the art.52 p.2 of the RK Law “On road traffic”. Ground for detention can be: violation of traffic regulations, regulations of cargo traffic and conduction of raid.

What official facts a driver can demand from EPP officer? 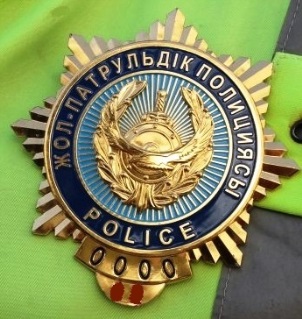 Officer of RPP when go out on a patrol gets official badge. At the request of driver RPP officer must show official documents and/or award pin (badge). A badge, by the way, in accordance with abolition of road and patrol police had been changed and today it looks like on the picture on the right corner. Note that officer itinerary list is prohibited to show to the driver, as it relates to internal official documents.

Road patrol police officer’s work can be realized as on official auto, so on foot-borne. Inspector of road police while his work must stay in a visible by road traffic participants zone. Official autos also must not be placed behind any barriers, restricting visibility (trees, buildings and constructions, billboards and ect.), and also in places where stay and parking are prohibited, these demand also correspond to foot-borne.

To use radars in the city and on the road is not prohibited in the purpose of prevention of accidents and their possible consequences, also RPP inspector is entitled to check auto on availability/absence of Traffic regulations violations by database or with the use of radio.

Obligatory insurance of the Vehicle and authorized representatives on driving

Availability of guarantee to use the car which does not belong to you – is not required. It is enough to specify data of the confidential person in the insurance policy.

Since January 1, 2019, mandatory electronic insurance has been introduced in the country.

Thus, a car owner who drives the vehicle will only be required to have a driver's license and a certificate of state registration of the vehicle (or a document certifying the ownership of the vehicle).

Recall that paper policies issued before the deadline will be valid until the expiration date of the document.

What documents must be available upon detention by road police officers?

If you were detained for violation of RTR  you must have following documents:

Is there a limitation period in administrative violations?

According to the article 893 of CAV a penalty is subject to payment by the person who was involved in administrative responsibility no later than 30 days since the day when the decree came into legal force.

What rights do you have if you were detained by RPP inspector:

In case of conflict situations, as it was mentioned above, driver is entitled to require the number of inspector’s award pin (badge) and familiarize with official identity document. If the drive is not agree with violation of traffic regulations or with other reasons of detention by police officer you may express your disagreement in a written form in protocol on administrative violation.

What is excluded from the duties of the passenger?

Leave the vehicle without permission if the police officer stops you.

During what time should you wait for the inspector after you were detained by him?

On the basis of p. 1.2 of traffic regulations “By the demand of internal affairs officer, driver must stop and perform his instructions”, i.e. driver must wait the inspector of road traffic and listen the reason of detention, and do necessary actions.

What is the permissible location of vehicles on the roadway?

On roads with two-way traffic, having four lanes or more, you can not go to the side of the road, designed for oncoming traffic. On such roads, turns to the left or U-turns can be performed at intersections and in other places where it is not prohibited by the Rules, signs and (or) markings.

On what basis RPR officer has the right to take off the number?

In accordance with the art. 797 of CAV in case of rules violations of detention of your auto (art. 597 of CAV) authorized person is entitle to withdraw state registration number plates.

What responsibility is taken upon exceeding of set speed limit?

Exceeding of set speed limit is allowed up to 10 km/h, if higher- you will be imposed a fine: