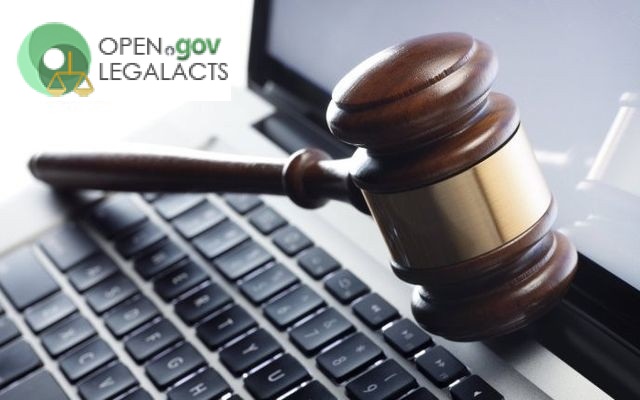 If you could not find a required document using the parameters above, you can use the search.

Each published law or regulation contains information about its status, type, date of creation and deadline for the end of public discussion. Documents attached as files are downloadable.

If you have comments to any line in a document, you can add a comment to each of the lines.

All user comments are displayed at the end of the page.

You also can give like/dislike to a draft law or regulation, thus expressing your opinion on a particular document.

If you intend to participate actively in the discussion of published laws and regulations, you can subscribe to a category, government agency or user comment to track changes in separate documents or sections.

Note that to leave comments on the portal, you need to log in or register on e-Gov portal (eGov.kz).

The Open Government components are directly linked to the eGov.kz portal since they have a single registration mechanism that requires the availability of digital signature. You can learn more about registration procedure in the "First time on the Portal" section of e-Gov portal.

All the comments of citizens are moderated by the Operator's employees, and after publication, they are considered by representatives of state and local executive bodies responsible for the development of laws and regulations.

Afterwards, based on public discussion results, the system generates a report, which includes accepted and rejected comments and suggestions.