Privatization of the housing received from the state Printable version

Sh. Ualikhanov Military College
Who should be screened and when?
Charity foundations of the Republic of Kazakhstan
«Almaty Zhastary» preferential lending program 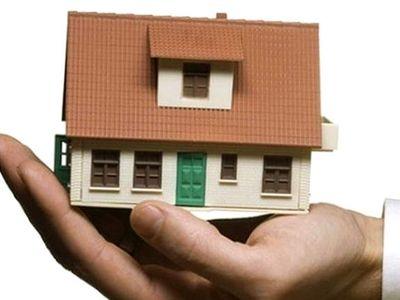 According to the paragraph 31 article 2 of the Law "On housing relations" privatization of housing - is an acquisition by citizens of occupied by them housing premises into the property in houses of state housing fund.

In other words, privatization - is a repurchase of state or official apartments into private ownership.

Who can privatize public housing?

An employer of a housing from the state housing fund with the consent of adult family members and taking into account the rights of minors shall have the right to privatize the housing at its residual value on the terms and conditions stipulated by this Law and in the order determined by the Government of the Republic of Kazakhstan.

If you have already obtained house and a are a civil servant, employee of budget organization, military personnel, astronaut (cosmonaut candidates) or a person holding public elective positions, you can privatize housing at a depreciable value.

You have the right to privatize housing (according to p. 3 of the Rules of housing privatization from public housing fund) if worked in the civil service, public enterprises and in budget organizations (including the time spent on state elective office) at least ten years, and regardless of the period of work if the employment relationship were terminated by the following reasons :

liquidation of the organization, reduction of personnel;

due to the illness, preventing further work;

Candidates for astronauts and cosmonauts who have work experience in the field of space activities for more than fifteen years privatize housing free of charge.

In case of death of an employee who has been granted housing equated to the official one, the right of privatization passes to the family members of died (deceased) person, regardless of work length of the died (deceased).

If the official housing was provided to you due to participating in active measures to promote employment, you may privatize it at at a depreciable value after residing in it at least five years.

Who can privatize housing free of charge?

* Note . Reference on the availability of benefits (veterans of the Great Patriotic War, the liquidators of the accident at the Chernobyl nuclear power station, peacekeeping soldiers) can be found online, it does not need EDS . You can help relatives to get a reference as you can get it not only for you but also for relatives.

What kind of housing can not be privatized?

Who makes decisions on privatization of public housing?

Housing commission is composed of not less than five members (odd number of members of the commission is required), and it is composed of the head of company (with the exception of central government), executive secretary, heads of legal, financial, personnel services (if any) and the representatives of trade union organizations.

Housing commission considers the applications of applicants for housing, check the documents submitted to the completeness, accuracy, takes a decision to approve or refuse the application. In case of lease it specifies the amount of payment for housing and, in case of privatization of public or official housing commission considers the conclusion of contract (see how it looks), and presents the invoice. Also, the housing commission makes requests to the authorities on the information provided, performs calculations, and is responsible for the safety of the materials and data, and ect.

What documents are required for privatization of housing?

According to paragraph 12 of the Rules of housing privatization from public housing fund for the acquisition of housing into the property in order of privatization it's necessary to submit following documents for housing commission consideration:

It is prohibited to request additional documents that are not provided for in this list of rules of privatization of dwellings from the state housing Fund.

What is the process of privatization of housing obtained from the state?