Visa regime of the Republic of Kazakhstan for foreign citizens 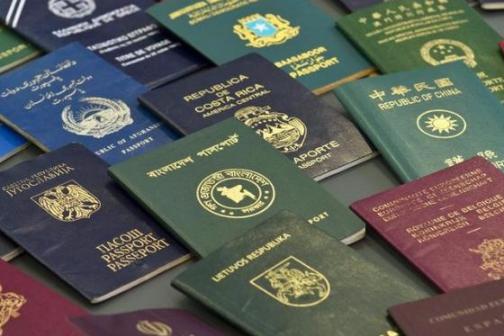 According to the amendments to the Decree of the Government of the RK “On approval of the Rules for the entry and stay of immigrants in the RK, as well as their departure from the RK and the Rules for the implementation of migration control "immigrants enter the RK and leave the RK through checkpoints at the State Border of the RK, open for international and passenger traffic, by passports or documents replacing them with visas of the RK, unless otherwise established by legislation of RK and / or international treaties ratified by the RK.

The validity of the visa expires at least three months before the expiry of the immigrant's passport.

Immigrants temporarily staying in the RK are not allowed to work without the appropriate permits issued by the local executive body or internal affairs bodies, unless otherwise provided by the legislation of the RK in the field of migration and / or international treaties ratified by the RK".

Immigrants who are exempted from passport registration:

When immigrant changes temporary place of residence in the RK, the host person shall notify the internal affairs bodies within three working days.

With a number of near-abroad countries visa-free travel arrangements is preserved.

Entry to Kazakhstan to a foreigner may not be allowed:

Immigrants deported previously from the RK shall be prohibited to enter RK within five years from the date of delivery of decision on deportation.

According to the amendments to the Law of the RK "On Migration of the Population" "are not considered the statements of the adopting persons for the invitation to the RK of immigrants if within one year before submission of such statement the accepting persons were made responsible for rejection of measures for timely registration of immigrants, to paperwork on the right of their stay in the RK and to ensuring departure from the RK after a certain term of stay".

The grounds for issuing visas are the invitations of host persons or permission of authorized state bodies of the RK, unless otherwise stipulated by international treaties of the RK.

Departure from the RK

Foreigners leave the RK by valid foreign passports or documents replacing them in the presence of exit visas issued by authorized state bodies of the RK, unless another procedure is established by agreement with the relevant government.

Departure from the RK to a foreigner is not permitted:

Departure from the RK of a foreigner may be postponed until the fulfillment of property obligations, with which the essential interests of citizens of the RK, other natural and legal persons are related.