What one needs to know about organ transplantation?
How to get an IVF quota
Who needs a health (sanitary) permit
Who should be screened and when? 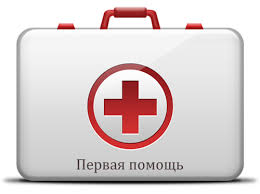 The lack of basic knowledge on first aid from bystanders, sometimes close relatives, acquaintances or friends can lead to a deterioration of the health of the victim.

The main purpose of first aid - rescue the victim lives. The main thing - to learn how to operate in the first seconds after the detection of the victim, to save his life before the arrival of doctors. The following guidelines will help you to properly administer first aid themselves and others.

Remove the victim from the situation that caused the accident; eliminate life-threatening condition of the victim (shock, asphyxia, bleeding); adjust the degree of damage, the ability to transport; move in a secure, easy to care place; administer first aid.

The rules for determining the reaction of the pupil to light

Lift the upper eyelid with the thumb, look at the pupil. If the pupil is wide after being hit the light on, it can be concluded about the absence of reaction of the pupil to light. At night, to determine the reaction of pupils to light, you can use an electric torch.

The rules for determining the carotid pulse

Place four fingers on the neck of the victim. Located between the sternocleidomastoid muscle and cartilage of the larynx, gently slide fingers deeper, trying to feel the pulse beats.

When external bleeding (capillary or venous) on the arm or leg, apply a sterile dressing and tape it tighter (compressive bandage) or tight well the cotton-gauze to the wound with the help of adhesive tape. The dressing should be composed of several layers of gauze and wool. Be careful not to overtight the limb too hard (until blueing of the skin below the bandage). Pressure bandage used to stop bleeding from small arteries.

When arterial bleeding make finger pressing the artery, applying of tourniquet or forced flexion of the limb. Artery pressing with finger or fist provides almost instant stop bleeding for 10-15 minutes, then hands start to get tired, and pressures are easing. Immediately after pressing the artery use a tourniquet. You cannot apply the tourniquet on his naked body. The skin must be straightened (without creases), wrap the limb portion with the towel (gauze). Tours direction (turns harness) follow a bottom-up, things should not be overlapped. Tight overlap the first two rounds, the subsequent rounds without tension. If bleeding continues, remove the harness and apply again, stepping up the place of its initial imposition. The pressure on the limb should be sufficient to stop bleeding, but does not cause complete bleeding limbs. After tourniquet imposition securely attach a note indicating the time, overlay date, name and position of the rescuer. The tow can be superimposed on the extremity of not more than 1,5 - 2 hours and in the cold season – 0,5 - 1 hour. Periodically, after 30 - 60 minutes the tourniquet should be loosen, dissolve a few minutes (at this time the vessel above pinch the harness with finger), massage (easily) from the furrow harness. The total time of applying the tourniquet should not exceed two hours.

In the absence of the factory harness it can replaced with improvised - a rubber tube, tie, belt, belt, handkerchief, bandage, etc .; Do not use wire.

Technique of the mechanical ventilation means "mouth to mouth": grasp the chin with the right hand so that fingers on the bottom jaw and cheek of the victim were able to let go and open up his mouth; the left hand hold his nose; through back the victim's head and hold it in this position until the end of the inspiration; firmly press with lips to the victim’s lips and make him the maximum exhalation. The frequency of injection of 18-20 times per minute. With the ineffectiveness of the second "inspiration" chest compressions should begin.

Before you start CPR, it is necessary to ensure patency of the upper airway by tilting the head back. Place a cushion under the shoulders (bedroll of clothing); clean the mouth of the victim of blood clots, mucus and other foreign bodies (debris teeth, dentures) with finger, wrapped with a cloth; place the palm above the xiphoid process so that the thumb was sent to the victim's chin or stomach; move the center of gravity on the sternum and spend chest compressions with straight arms; push and force into the chest at 3 - 4 cm with a frequency of at least 80 - 100 times per minute; each successive press should begin only after the chest return to its original position. The optimum ratio of chest compressions and breaths should be 30x2, regardless of the number of participants resuscitation.