How to make a will? Printable version 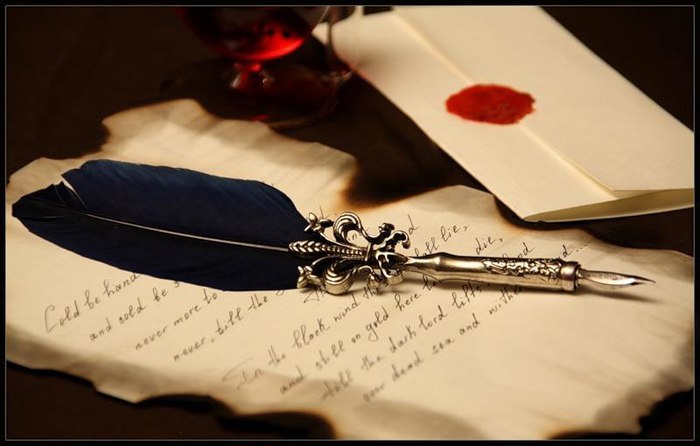 A will - is the only way to dispose of acquired property, deposits and other property after death. One can devise a property to successors: any individuals or legal entities.
A person has the right to write a will containing an order for any of your property, including that one which he will acquire in the future.​
A will must be made in a written form and notarized indicating the location, the date and time of its making.

It must be made by the devisor by himself, making of a will through the representative is not allowed. For registration of a will the devisor must come to the notary with the witness (both must have an identification card or passport). Therewith  the  presence  of  the successor is  not required, he/she  may  not even know about making a will.

Witnesses while making a will cannot be:

A will is made in two samples, one of which is kept at the notary, which formalized it, and thereafter is transferred to the notary chamber or state archival storage. The second sample is given to the devisor, which may keep it or give it to successor.

What documents are required for making a will? It’s not obligatory to bring the documents on devised property as the devisor is not obliged to prove his rights on devised property however to bring these documents for making a will is desirable. Notary, making the text of the will, has the right to specify inherited property from the devisor’s words, but to describe details identifying the specific inherited property, necessary as accurately as possible, for not to give anyone the opportunity in future to use the complexity of the will interpretation as the reason to protest it. Land parcel, for example, is identified by its area, cadastral number, category of land and type of authorized activity, exact address, name or garden community or suburban cooperative. It is clear that this data without the documents on the land cannot be realized exactly.

A will may also contain a condition, that is a will in which the devisor specifies the condition which must be realized by the successor and only after that he may get an inheritance. Wrongful conditions included in the order appointing the successor or deprivation of the right of inheritance are invalid. If the will contains conditions which cannot be performed by the reason of health or for other objective reasons, successor may appeal them in the court.

Who may appeal a will?

More often successors who lose the right to inheritance fully or partially are not agree with the will.
In accordance with paragraph 2 of the article 1056 of the Civil Code of the Republic of Kazakhstan lawsuit right to bring the person to which the recognition will invalid property has consequences due to violation of the established procedure for compiling, and signature of the will, then there is only one who gets the right to inheritance , if the will is deemed invalid .

Is it possible to cancel or to change a will?

A will can be changed by:
1) submission an application to the notary on a change in a particular part of a will  previously made him;
2) making a new will, changing a previous one.
A will can be cancelled fully or partially (in respect of any property). The devisor can make a new will in favor of another person, thereby depriving of inheritance the previous successor. The devisor may also dispose of devised property while alive (to sell it, present, exchange, pawn it). Doing all these actions, he is not obliged to inform the successor.

Notary and the another person certifying the will, witnesses, and a citizen, signing a will instead of the devisor are not entitled to disclose the information until opening of the inheritance.

Cancellation and change of a will through a representative are not allowed. Authenticity of the signature in the application about cancellation or change of a will must be notarized. Notary in case of notice acceptance on cancellation or change of a will, as well as in case of a new will acceptance cancelling or changing a previous one, makes a sign about it in the registry for the registration of notarial acts in alphabetical book, on a will probate copy, keeping in  the storage, if possible- on a copy of the will, which the devisor has, which is removed (in case of cancellation) and is field to the sample which is kept in the storage with the application (if the will is canceled or changed by applying).

Is it possible to cancel a will after devisor’s death?

As it was said above, the citizen has the right to devise his property to anybody, including other parties, even if he has closer relatives, except the cases when he has no right to deprive of inheritance forced successors (for example his dependents). If a close relatives do not think that the will is fair, after the devisor’s death they may dispute it.

They can be made ​​the following arguments:

For the recognition of the will invalid, interested individual must apply to the court at the place of inheritance opening (the last place of residence of the dead devisor and if it is unknown, the location of the property or its main part). Appeal to the court should precede serious preparation and required documents, the assignment of witnesses, need of expertise, the assess of possibility to present strong arguments of disagreement with a dispute will. The participation in the process will involve other interested individuals from potential successors, if necessary expertise will be assigned. The court may declare the will invalid if it is made in improper form, i.e not to meet the requirements to be met by a notarized will.

Thus, the successor in whose favor a will is made, within the lifetime of the devisor does not have any rights on devised inheritance.
The successor will have real rights after obtaining the certificate on the right for inheritance, which is issued to him by the notary after 6 months from the date of opening of the inheritance. List of documents and the cost of processing may vary depending on the property assets passed by inheritance. When you inherit an apartment, for example, the successor must provide to the notary right stated documents on the apartment, a reference on registered rights issued by «State-owned corporation «Government for citizens» NJSC. When you inherit a car - certificate on registration of the vehicle. In any case, you must have the will, the devisor’s death certificate, identity card, a certificate stating the address of last resident place of dead person.

Although the property is considered the be acquired by the successor from the date of the devisor’s death, before the expiration of 6 months the successor has no possibility to dispose (to sell an apartment), and in some cases to use (to drive a car) of the inherited property. At the same time, nothing prevents the dispose and use the property (eg., to live in an inherited apartment).
Thus, there is a certain period of time during which the successor, despite the fact that he is an owner of the property, does not have documents proving the right of ownership, and cannot dispose of it .
Foresaid corresponds only to that property in respect of which it’s required the registration of ownership (real estate, transportation). If on the will the other property is passed (eg., furniture) there is no necessity in the formalizing of the certificate on inheritance, and therefore, these restrictions disappear.