How to enlist in the NSC RK Printable version 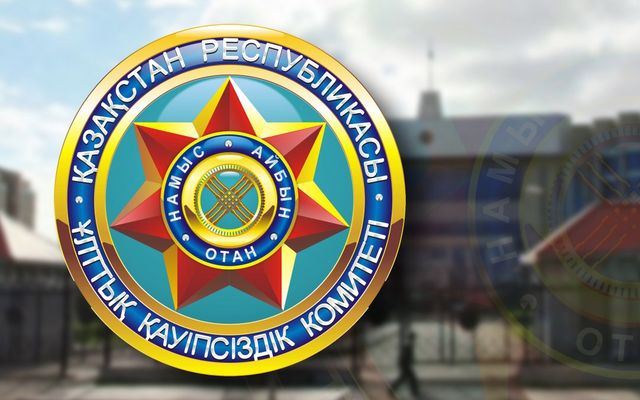 The procedure for entry into the national security agenciens

Entry into the national security agencies under contract is regulated by articles 7, 8, 9, 10 of the Law of the Republic of Kazakhstan “On special state bodies”.

Persons with legal capacity who have reached the age of 18 years can be contracted to serve in the national security bodies of Kazakhstan. The candidate must meet the requirements set by the NSB in terms of education, work experience, physical fitness and health.

The operational units of the National Security Committee admit citizens not younger than 23 years of age.

The age limit for service is 47 years (up to and including the major) and 55 years (for colonels). Also, the right to pension payments for long service is available to NSC employees with a total employment record of 25 years or more, of which at least 12.5 years should be a continuous service in the national security agencies.

When recruited, citizens must undergo a medical and psychophysiological examination by military medical commissions and a polygraph examination to determine their suitability for service.

Recruitment is carried out on a competitive basis in two stages:

The first stage. Those wishing to join the administrative and economic service of the NSB should submit an application to the territorial bodies of the National Security Committee at their place of residence or work. The following requirements shall apply to a candidate to be hired:

the average candidate's grade point for higher education should be at least 2.67 (B-) according to a point and rating system of academic achievements (at least 4 grades according to the traditional scale of grades).

If the candidate has a narrowly focused specialization (including technical or medical profile), specialized knowledge (including knowledge of rare foreign languages), certain experience of practical activity in state bodies, Armed Forces, other armies and military formations of the Republic of Kazakhstan, law enforcement bodies in actual directions of operative and service activity, and if he has a degree, experience in science and/or technology, teaching or sporting achievement, it is allowed to reduce the average score on the received higher education to 1.0 (D-) according to the scoring and rating system of academic achievements (at least 3 points on the traditional scale of grades);

persons with post-secondary or higher education who are related to the profile of their intended employment;

servicemen performing fixed-term military service after the end of their service;

The following persons cannot be enrolled in the service:

1) recognized by the law of the Republic of Kazakhstan as incapable or limited in capacity, in accordance with the conclusion of the Military Medical Commission, having a disease that prevents the performance of official duties;

5) who has not passed special verification and (or) knowingly reported false information about himself or his close relatives (parents, children, adoptive parents, adopted, full-blooded and half-blooded brothers and sisters, grandparents, grandchildren) or about the spouse and her (his) close relatives;

6) close relatives (parents, children, adoptive parents, adopted, full-blooded and half-brothers and sisters, grandparents, grandchildren) of whom either his wife (husband) or her (his) close relatives have committed grave and especially grave crimes;

7) failed psychophysiological or polygraph examination to determine suitability for service.

It should be noted that the national security bodies have the right not to explain to a candidate the established reason for refusal to hire a candidate.

The candidate goes through the selection process:

The candidate shall provide the NSB personnel service with a special check-up:

After the first stage, the candidate is waiting for a specific vacancy to be announced.

In accordance with the requirements for the position taken by the tender committee of the territorial body a decision is made on the admission of candidates to the second stage.

The second stage is carried out on the basis of the central apparatus of the NSC.

Travel to and from the competition venue, accommodation and other expenses are paid by candidates at their own expense.

Based on the results of the competitive procedures, the tender committee makes a decision to recommend or refuse to appoint an officer to an officer position.