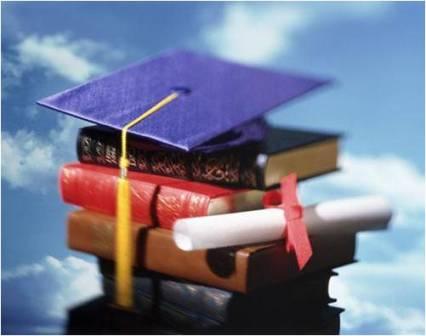 The goals and objectives of the Olympiad are:

The Olympiad is held throughout the academic year in four stages by the relevant educational authorities in accordance with the programs of secondary and general secondary education, for each subject and class:

On the first and second stages of the Olympiad take part students of educational organizations in secondary and general secondary education.

Students of non-Kazakh nationality take part in the "Kazakh language" subject in schools with the Russian language of instruction.

The number of winners is increased by the decision of the jury in the event that several participants scored the same number of points, corresponding to the lowest level necessary to determine the prize places.

President's Olympiad in the subjects of the natural-mathematical cycle

The main objectives and tasks of the President's Olympiad are:

The President's Olympiad is held annually in three stages:

Each participant of the President's Olympiad at all stages performs assignments in four subjects: in mathematics, physics, chemistry and biology .

In the President's Olympiad students of the 11th form of the educational organizations of the republic take part, who earlier did not take part in the republican and international subject Olympiads. At the qualifying stage each region, Astana and Almaty, NIS represent the teams in accordance with the results of the regional stage of the President's Olympiad consisting of 20 people (5 participants per subject), REO - no more than 2 participants for each subject.

All participants of the republican stage are awarded certificates of the participant of the President's Olympiad in the form attached to this order.

Diplomas for winners are written out according to one subject (in accordance with the largest number of points scored for a particular subject).

The objectives and tasks of the Scientific Competitions are:

At all stages of the Scientific Competitions, plagiarism, falsification, use or presentation of works previously submitted in other competitions as their own is inadmissible.

Scientific works are not allowed for scientific competitions :

Requirements for design of research work:

- the first round - the protection of projects;

- the second round - testing the program of in-depth study of the profiling subject to the class, language of instruction in accordance with the list of subjects for which republican contests of scientific projects in general subjects are held. Tests compiled by the methodical council include 60 questions (120 points), for which 2 astronomical hours are assigned. Participants must score at least 50% of the total points for testing. For team work, the passing score is the arithmetic mean of the points scored by the authors of the work;

At the first stage , students of grades 9-11 take part, on the presentation of scientific societies of students or a scientific leader.

Research work is performed by no more than two students.

The second stage involves the winners of the first stage, who present works with a review of the supervisor and accompanying documents (application, school report, research journals).

When summarizing the results of the third stage, the scores for testing and the scores obtained during project protection are summarized. Applicants for participation in the final stage of the Scientific Competitions are the winners of the regional, Astana and Almaty cities, REO, NIS, which received the most points on the results of the third stage of the Scientific Competitions (no more than two projects in each direction).

The list of participants of the fourth stage – approved by the Vice-Minister of Education and Science of the RK and brought to the attention of the provincial cities, Astana, Almaty, Education Directorates and the REO, NIS within three working days after approval. The fourth stage – the protection of research work and the presentation of poster material. During the protection of the work, the author (co-author) of the work is given 10-15 minutes for the report.

Winners of the regional stage of the Scientific Competitions are awarded with diplomas of I, II and III degrees.