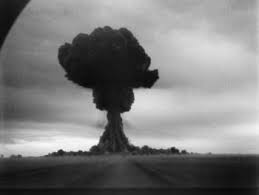 Some parts of our country in consequence with the use of nuclear weapon and other deleterious climatic influences were recognized as zones of radiation or ecological disaster. Citizens who lived in these regions get different supports in social and medical spheres considered by legislation.

Payments to those who lived in Semipalatinsk nuclear test site

During 40 years there were tests of nuclear weapon at Semipalatinsk nuclear test site, in consequence of which ecological disaster appeared – the damage was caused to the health of people and to environment mortality and sickness rates have been increased. Zones of ecological disaster are considered to be the whole territory of Semipalatinsk region, adjacent to the site regions of Pavlodar, East Kazakhstan and Karaganda regions.

Benefits can be received by persons who live on the territory of ecological disaster, lived, worked and passed military service (including compulsory one). Zones of radiation risk, classification by the types of benefits and rates of payments are indicated in undermentioned table.

Single payment can be received by the persons who had been living in the period of radiation risk regardless of their present residence. At the same time population living on the territory of radiation influence are entitled to additional labor payment and annual additional paid leave.

To get the benefits RK citizens subjected to radiation (in above mentioned period) and lived in radiation risk zones must register in advance and get the certificate of person suffered in consequence of nuclear tests at Semipalatinsk nuclear test site. For this one must submit an application with attached documents confirming accommodation, work, service or study in the regions of radiation disaster to the «State-owned corporation «Government for citizens» NJSC of employment and social programs.

Documents confirming the fact and period of living in certain zones of radiation risk together with the identity card and certificate issued in order set by above mentioned decree are:

Issuance of certificate on the right to benefits for citizens suffered from nuclear test at Semiplatinsk nuclear test site is carried out within 5 working days by special committee, organized under the akimat at the place of applicant’s residence. One should submit the application to the committee with attached documents confirming the fact and period of living in certain zines of radiation risk.

Intensive desertification of the Kazakhstan part of the Aral Sea caused a decline in the favorable living conditions of the population, in particular, an increase in the incidence rate. For these reasons, some zones of Kyzylorda, Aktobe, Turkestan and Karaganda regions were recognized as zones of ecological disaster.In this regard, the population living in ecologically unfavorable areas is provided with the following social protection measures.