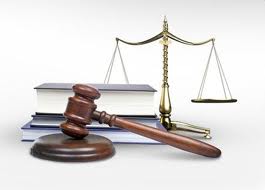 5) withdrawal of permit or its termination, and also exclusion from the register;

6) termination or prohibition of activities;

7) forced demolition of an illegally erected structure or structure under construction;

9) administrative expulsion from the Republic of Kazakhstan of a foreigner or stateless person.

Confiscation, forced demolition of an illegally erected structure or structure under construction can only be applied as an additional administrative penalty.

1. A notice involves the official provision by a court, a body (official) authorized to impose an administrative penalty of a negative assessment of the violation and a warning to an individual or legal entity about the inadmissibility of unlawful conduct. A notice is issued in writing.

2. In the absence of the circumstances provided for by Article 57 and the note to Article 366 of this Code, a court (judge), body (official) imposing an administrative penalty shall be obliged to apply a notice provided for by the relevant article of the Special Part of the Code.

In the cases provided for in the Articles of the Special Part of the section, sum of a fine is calculated as a percentage from:

1) amount of damage caused to the environment;

2) amount of an unfulfilled or improperly fulfilled tax obligation;

5) amount of the excisable goods obtained in the result of illegal business;

6) amount not accounted for in accordance with the requirements of the legislation of the Republic of Kazakhstan on accounting and financial reporting or improperly accounted for;

7) amount of a transaction (operation) made (conducted) in violation of the financial legislation of the Republic of Kazakhstan;

9) cost of energy resources used in excess of the approved standards for the period in which a violation occurred, but for no more than one year;

11) amounts of unpaid (unlisted), untimely and (or) incompletely paid (listed) deductions and (or) contributions for compulsory social health insurance.

If, in the provisions of the Special Part of the section, an amount of fine is calculated as a percentage from the amount of transaction carried out in violation of the norms of the financial legislation of the Republic of Kazakhstan, and such a transaction is carried out in foreign currency, an amount of fine is recalculated in tenge at the official rate established by the National Bank of the Republic of Kazakhstan at the time of drawing up an act on an administrative violation.

An amount of fine imposed on an official, a private notary, a private bailiff, a lawyer, small businesses, as well as non-profit organizations may not exceed seven hundred and fifty monthly calculation indices.

4. A fine is collected as income to the state budget in the manner prescribed by the legislation of the Republic of Kazakhstan.

2. Only an item that is the property of an offender is subject to confiscation, unless otherwise provided by the Special Part of the Code.

3. Confiscation of hunting weapons, ammunition thereto and other permitted hunting and fishing gear cannot be applied to individuals for whom hunting (fishing) is the main legal source of income.

4. Confiscation is applied by a judge and may be imposed in cases when it is provided for by the relevant article of the Special Part of the section as an administrative penalty.

Article 46. Deprivation of a special right

1. Deprivation of a special right granted to a certain person is applied by a judge.

2.Term of special right deprivation cannot be less than one month and more than two years.

3.Deprivation term for the right to drive vehicles may not be less than six months and more than ten years.

4. Deprivation of the right to drive vehicles cannot be applied to persons who use these vehicles in connection with disability, except for cases of driving a vehicle in a state of intoxication or evading a process of being examined for a state of intoxication, as well as leaving by these persons of a road traffic accident in which they were participants in violation of the established rules.

5. Deprivation of the right to go hunting, fishing, storing and carrying hunting weapons, ammunition thereto and fishing gear cannot be applied to persons for whom hunting (fishing) is the main legal source of income with the exception to systematic violation of the procedure for exercising the right.

Article 47. Deprivation of permission or suspension of its validity, as well as exclusion from register

1. Withdrawal of a permit or its termination is applied for an administrative violation committed while carrying out activities or performing certain actions (operations) provided for by a permit.

1-1. Withdrawal of a permit or its termination is imposed by a judge, an authorized body (official), taking into account the provisions of parts three, four, fifth, sixth and 6-1 of the Article.

2. The period of permit withdrawal may not be less than one and more than six months.

3. Withdrawal or termination of a permit to carry out activities in the financial sector and activities related to the concentration of financial resources, with the exception of withdrawal of a credit bureau's permit, shall be carried out by an authorized body for regulation, control and supervision of the financial market and financial organizations and the National Bank of the Republic of Kazakhstan within their competence for reasons and in the manner established by the laws of the Republic of Kazakhstan.

6. Exclusion from the register of debt collection agencies is carried out by an authorized body for regulation, control and supervision of the financial market and financial organizations for reasons and in the manner established by the Law of the Republic of Kazakhstan "On Debt Collection Activities".

Note. For the purposes of the Code, withdrawal of a permit and its termination involves the withdrawal of a license to carry out a licensed type of activity or its subtype, a special permit, a qualification certificate, or termination of its action for a certain type or subtype of activity, or execution of a certain action, as well as another permit document provided for by the Law of the Republic of Kazakhstan "On Permits and Notifications".

Article 48. Suspension or prohibition of activity or its separate types

1. Termination or prohibition of an activity or its certain types involve temporary cessation of activity execution by individuals and (or) legal entities or prohibition of activity, including branches, representative offices, structural divisions of a legal entity, production sites, as well as operation of units, buildings and structures, carrying out certain types of activities (works), rendering services.

2. If for the execution of an administrative violation it is possible to impose a penalty in the form of termination or prohibition of activity then termination or prohibition of an activity or its certain types is carried out through judicial process or by a body (official) authorized to consider administrative violation cases. Consideration of such cases is carried out within ten days.

3. Termination of activity or its individual types is imposed for up to three months.

Article 49. Compulsory demolition of the built structure or the structure under construction on illegal basis

Forced demolition of an illegally erected structure or structure under construction is imposed by a judge in the cases provided for by the Articles of the Special Part of the section.

Article 51. Administrative expulsion of foreign persons or stateless persons beyond the borders of the Republic of Kazakhstan

1. Administrative expulsion from the Republic of Kazakhstan of foreigners or stateless persons is applied by a judge as a measure of administrative penalty in the manner and for the reasons provided for by the Special Part of the Code.

The provisions of this part do not apply to cases of foreigners or stateless persons expulsion, which are carried out in the manner prescribed by the civil procedure legislation of the Republic of Kazakhstan.