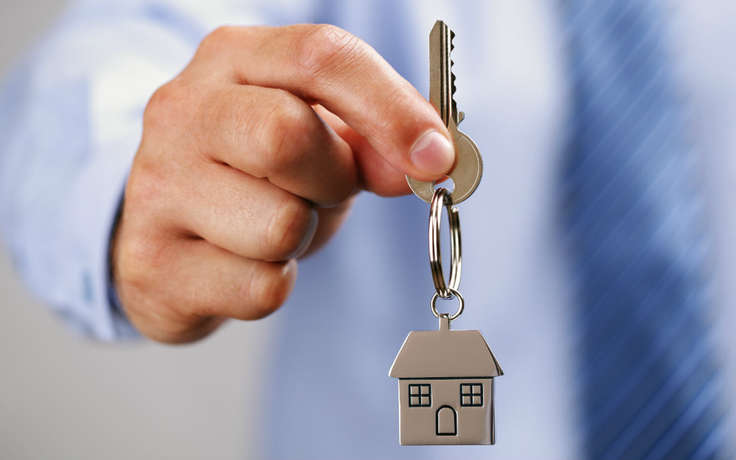 The program is aimed at the comprehensive solution of housing issues of various strata of the country's population.

In connection with the development and approval by the National Bank of a new mortgage program "7-20-25", five key tasks have been reviewed, updated and identified:

*Note: in connection with the introduction of the "7-20-25" mortgage previously stated objective 5 - "increasing the availability of mortgage lending," was excluded with the preservation of obligations to pay subsidies on contracts already concluded.

Construction of rental housing without foreclosure

Starting from 2017, annually from the republican budget for creation of a rented housing fund in regions it is provided to direct 25 billion tenge for the construction of about 3000 apartments, annually. Starting from 2019, it is planned to increase the annual financing by 10 billion tenge, which will allow the commissioning of an additional 1,000 dwellings annually.

The constructed rental housing will be provided for long-term rent without the right of redemption to socially vulnerable segments of the population that are on the lists in the akimats in order of priority. The list of such categories of persons is given in Article 66 of the Law of RK "On housing relations"

In order to register for the waiting list for housing, it is necessary to apply to the Akimat for registration as a needy person. You can get the service online and see the list of necessary documents on the portal by clicking on this link.

In addition, within the framework of the year of youth for 3 years, annually working youth in the cities of Nur-Sultan, Almaty and Shymkent will be provided with rental housing, 21.6 billion tenge from the Republican budget is provided for this purpose.

In 2016, 67 billion tenge was allocated from the National Fund for the Construction of Credit Housing due to the issue of government securities.

Within the framework of this direction of the Program, the volume of credit housing of local executive bodies will be increased. To this end, it is envisaged to increase construction financing by redirecting borrowed funds previously allocated to JSC NMH "Baiterek" and JSC REF "Samruk-Kazyna". The use of funds is planned on a "revolving" principle, with turnover every 2 years.

To buy a loan, you need to apply to the Akimat for registration as a needy and open a deposit in Zhilstroysberbank or or be a customer of STB, as the constructed loan housing will be distributed among the depositors of Zhilstroysberbank, the persons on the waiting lists of Akimats and the program "7-20-25" who are investors of Zhilstroysberbank at affordable prices. You can get the service online and see the list of necessary documents on the portal by clicking on this link.

To open an account in Zhilstroysberbank you need an identity card and to apply to the bank manager.

To stimulate the construction of their own housing, citizens who are on the lists in the akimats for land plots will be provided with plots with engineering communications. For these purposes, annually from the republican budget to the regions to provide the necessary infrastructure to the areas of construction of multi-apartment and individual housing it is envisaged to send 80 billion tenge. Starting from 2019, it is planned to increase annual financing by 20 billion tenge.

In addition, since 2017, the implementation of a pilot project of IHC in regional centers and perspective settlements of regions has been started. Based on the applications of the waiting lists for the intention to purchase ready-made housing with the appropriate parameters, the akimats form the final list of waiting lists and organize the construction of individual housing in the single architectural style, using materials of local production and HBF technologies at a price not exceeding 120 thousand tenge per square meter.

Six standard house designs were developed and sent to the regions for further use.

The constructed individual housing will be offered for redemption to citizens who are on the lists in the akimats for land plots. Lines participating in the pilot project, buy out a ready-made dwelling house at their own expense, mortgage loans of STB or HCSBK. Realization of housing is carried out in accordance with the rules for the implementation of housing built and (or) purchased from private developers in the framework of the State Housing Construction Program "Nurly Zher", approved by the authorized body.

To obtain a land plot for the construction of individual housing, it is necessary to apply to the Akimat and register with the local executive body. It is necessary to provide a copy of the identity card and fill out the application, waiting lists can be seen on the websites of the Akimats.

Stimulating the construction of housing by private developers

Also within the framework of the Program, it is envisaged to stimulate the construction of commercial housing by subsidizing from the republican budget the part of the interest rate on loans from private developers.

Subsidies are channeled through the financial agent of Damu JSC, subsidized interest rates on loans to developers at a rate of 7%. At the same time, 50% of the housing are offered to investors of House Construction Savings Bank at fixed prices per square meter: up to 260 thousand tenge in Nur-Sultan, Almaty and their suburban areas, Atyrau, Aktau, Shymkent and up to 220 thousand tenge in other regions. For 2017-2018 and 10 months of 2019, private developers commissioned more than 500 thousand square meters.

How to get a loan with a subsidy to a private developer?

Step 1. The legal entity provides documents to the STB for a loan for housing construction and an application for a subsidy.

Step 2. In accordance with the procedure established by the internal documents, the STB conducts an assessment of solvency and assessment of collateral.

Step 3. If a positive decision of the STB on granting a loan is made, the legal entity applies for subsidies to the Regional Coordination Council under the akimats.

Step 4. The RCC checks the documents for compliance with the requirements of the Program and decides on subsidizing.

5. Construction of housing with the involvement of subjects of the quasi-public sector

In this direction, mechanisms are envisaged for the implementation of previously adopted housing programs - the State Program for Infrastructure Development "Nurly Zhol" for 2015-2019 and the Program for the Development of Regions until 2020.

Also, the Programme envisions the completion of housing projects initiated by subsidiaries of JSC "NMH "Baiterek" and JSC "REF "Samruk-Kazyna", which will be distributed in accordance with the rules of the sale and (or) acquired from private developers of housing under the State housing construction program "Nurly jer" approved by the authority, therefore:

- housing through JSC "Baiterek development" will be offered for redemption on the waiting list m & e and in the case of unrealized accommodation to other persons (for the period 2016-2018 commissioned 9789 apartments (588,7 thousand sq m), projects completed;

- homes of "KIK" JSC is classified into lease-purchase waiting list of local Executive bodies in accordance with the rules of the sale and (or) acquired from private developers of housing under the State housing construction program "Nurly jer" approved by the authority (during the period 2015-2018 built or acquired under the rental-purchase housing 18 583 apartments, a total area of 1,054 million sq m), projects completed;

- housing of JSC " FNB "Samruk-Kazyna" is intended for redemption for all categories of citizens (commercial housing projects are implemented in Nur-Sultan, Almaty, Shymkent and East Kazakhstan region), (total for the period 2017-2018 years was built and purchased for rental housing with the purchase of 5,471 apartments, with a total area of 283 thousand square meters), in 2019 the implementation of projects is completed.

There are norms for the implementation of housing construction projects through the programs of the HCSBK to provide housing for servicemen and employees of special state bodies, projects involving private developers through the placement of the funds of the HCSBK on conditional deposits in STBs.

The further implementation of the pilot project of demolition of emergency housing in the city of Nur-Sultan is continuing, within the framework of which it is envisaged the construction of small-sized housing and housing of І-IV classes of comfort with office premises and parking lots for sale on the market in order to reinvest the project.

It is envisaged to implement a mechanism for the protection of equity deposits with the participation of the Guarantee Fund, as well as financing the completion of problem housing projects in the city of Nur-Sultan through the provision of a loan to the authorized organization of the akimat of the city of Nur-Sultan through Baiterek Development JSC on terms of payment, urgency and repayment.