Retirement in Kazakhstan: calculation of the amount of the pension, the retirement age and changes in the pension legislation Printable version 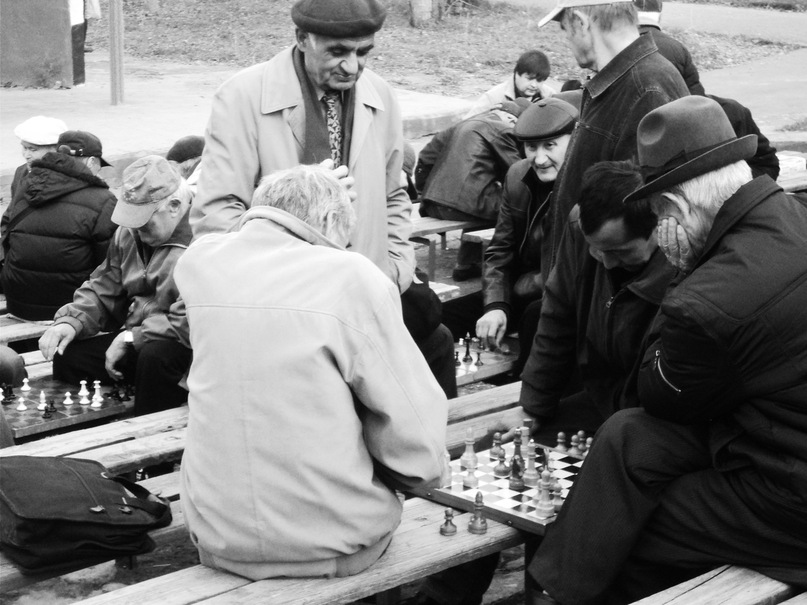 All citizens of our republic at one or another age are interested in issues of pension provision from the state: how to retire, how to calculate the size of pension payments and, in general, what kind of state support is being implemented for citizens who have already retired? More detailed information on all questions about pension provision in the Republic of Kazakhstan you can find by reading this article.

Currently, Kazakhstan has a multi-level pension system, consisting of a basic, mandatory and voluntary level.

At the basic level, a state basic pension benefit is provided, which is granted to citizens, as well as to persons permanently residing in the territory of the republic, when reaching the retirement age and is carried out regardless of the receipt of a solidarity and/or funded pension.

The recipients of the state basic pension benefit are more than 2 million people.

In the implementation of the Address from July 1, 2018, the methodology of its granting was changed. It will be granted depending on the length of participation in the pension system.

The new mechanism for granting a basic pension is as follows:

Its size, with the participation in the pension system of 10 years or less, or its absence, will be equal to 54% of the subsistence level (SL).

At the same time, the length of participation in the pension system include:

- other socially significant periods (caring for a child under 3 years - (within 12 years), periods of care for the disabled person of the first group, lonely disabled person of the second group and old-age pensioner who need outside help, as well as for an elderly person who has reached eighty years of age, and disabled from childhood to 16 years, residence time for spouses of military personnel, employees of special agencies, diplomatic workers, etc (not more than 10 years in total).

The new method of granting a basic pension corresponds to the principle of social justice, since not only it help to improve the financial situation of pensioners, but also serve to strengthen labor motivation and formalization of labor relations of citizens. That is, the longer a person works, the more he has a pension (both accumulative and basic).

The second level (mandatory) is:

1) solidary pensions paid out of the republican budget with a working experience of at least 6 months, depending on the length of service worked out as of January 1, 1998;

2) payments from a Unified Accumulative Pension Fund (hereinafter referred to as the UAPF) due to pension savings of employees.

When granting a solidarity pension by age, the length of service is taken into account only until January 1, 1998, as from that date the transition to a funded pension system that involves transferring mandatory pension contributions to a Unified Accumulative Pension Fund by all employees began.

In accordance with the Law, the calculation of the size of pension payments by age is based on the average monthly income for any 3 consecutive years, regardless of the breaks in work since January 1, 1995. At the same time, the average monthly income for the period from January 1, 1998 is set according to the income from which mandatory 10 percent pension contributions were made to the UAPF.

The law provides for the limit of the average monthly income (AMI) for calculating a solidarity pension (taken into account within a 46-times monthly calculation index), established annually by the law on the republican budget), and limiting the maximum pension payout (75% of AMI).

In accordance with the Concept for the Further Modernization of the Pension System of the Republic of Kazakhstan until 2030, approved by the Decree of the President of the Republic of Kazakhstan of June 18, 2014 No. 841, to maintain the size of solidarity pensions at an acceptable level, their amounts are annually indexed with inflation two percent ahead of inflation.

Pensions from the accumulative pension system

With the transition to a funded pension system that provides for the transfer of mandatory pension contributions by all employees, with each employer obliged to carry out a regular transfer of OPV in the amount of 10% of the monthly income of the employee (not more than 75 times the minimum wage) to the employee's individual retirement account opened in the UAPF.

In accordance with Article 31 of the Law, persons who have pension savings in the UAPF have the right to pension payments:

1) when reaching the retirement age – 60 years for women/63 years for men;

2) if pension accumulations are sufficient to ensure payment not less than the minimum pension, men at the age of 55 and women – 52 years 6 months by concluding a pension annuity contract;

3) disabled persons of the first and second groups, if the disability is established for indefinite period;

4) foreigners and stateless persons who have left the country for permanent residence outside the Republic of Kazakhstan, who have submitted documents confirming the fact of departure.

The right to withdraw "at a time", that is, only those persons whose total pension savings do not exceed 12 times the minimum pension can receive a pension payment from the EPPF (in 2020 - 463 632 tenge).

In the event that the balance of pension savings on an individual pension account after the next monthly payment is less than 70 percent of the subsistence level, this balance paid along with the amount of the regular payment.

Since October 2018, the procedure for processing pension payments has been simplified.

The assignment of 3 types of payments  (joint, basic and funded pensions) is provided on the basis of one application and one package of documents (the so-called composite service), and the payment of state guarantees is made in a non-requesting manner (proactive format).

The third level (voluntary) – payments at the expense of voluntary pension contributions.

Multi-level model of social protection in the Republic of Kazakhstan

In the Republic of Kazakhstan, the social protection of persons who have lost their ability to work or have lost a bread-winner is multilevel and consists of the following payments:

first level (basic) – state social benefits for disability or loss of breadwinner from the state budget.

The amount of state social benefits depends on the amount of the subsistence level, therefore they are revised in connection with the change in this amount.

Since the beginning of 2021, the size of these state social benefits has been increased by another 5%.

The system of mandatory social insurance is aimed at creating an additional form of social protection for workers in the formal sector in the event of social risks and in case of loss of ability to work and loss of the bread-winner.

The amount of social payments directly depends on the income of the employee, the degree of loss of general working capacity, the number of dependents of the deceased breadwinner and the duration of deductions to the system of mandatory social insurance.

From January 1, 2020, the amount of social benefits for cases of disability and loss of a breadwinner was increased by 50%.

third level (additional) – provides for insurance payments from the insurance organization if the disability is related to an occupational injury or occupational disease, and if a contract of mandatory insurance of the employee against accidents has been concluded in favor of the injured worker. The amount of these payments depends on the wages received before the injury and the degree of loss of professional capacity for work.

Thus, if an accident occurred to an employee in the performance of his labor (official) duties, then this employee, and in case of his death, dependents, in addition to state social benefits for disability or loss of bread-winner, is entitled to additional types of payments provided for by the legislation mandatory social insurance and employee insurance against accidents.

The right to designate a state special allowance for List No. 1, No. 2 is governed by the Law of the Republic of Kazakhstan of 13.07.1999 No. 414 "On the state special benefit to persons who worked in underground and open pit mining, on work with particularly harmful and especially difficult working conditions or on work with harmful and difficult working conditions".

Thus, citizens who, as of January 1, 1998, had experience of working on List 1 of production, jobs, professions, posts and indicators on underground and open pit mining, on jobs with particularly harmful and particularly difficult working conditions, approved by the Government of the Republic of Kazakhstan, have the right to the assignment of benefits:

men – at the age of 53 years and with work experience of at least 20 years, of which not less than 10 years in these works;

women - at the age of 48 years and with work experience of at least 15 years, of which at least 7 years 6 months in these works.

Citizens who, as of January 1, 1998, had experience of working under List 2 of production, jobs, professions, positions and indicators with harmful and difficult working conditions, approved by the Government of the Republic of Kazakhstan, are entitled to the assignment of benefits:

men – at the age of 58 years and with work experience of at least 25 years, of which not less than 12 years 6 months in these works;

women – at the age of 53 years and with work experience of at least 20 years, of which not less than 10 years in these works.

The amount of the benefit depends on the monthly calculation index approved by the republican budget for the corresponding financial year.

Retirement age in the Republic of Kazakhstan

Gradual increase in the retirement age of women:

At an earlier age, the reitrement is provided for:

1) citizens who lived from August 29, 1949 to July 5, 1963 (at least 5 years) in extreme and maximum radiation risk zones affected by nuclear weapons tests at the Semipalatinsk nuclear test site;

2) women who gave birth (adopted) five or more children and raised them till the age of eight are entitled to age pension payments upon reaching the age of 53.