Alimony in Kazakhstan: cаlculation of the size and procedure for collecting alimony Printable version 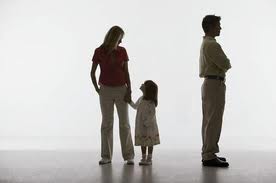 Depending on various life situations it may be necessary to pay or reclaim alimony. In this article you will learn what is alimony, who can and should pay child support, order of alimony reclamation, amount of support provided by the law and what to do if child support are not paid.

Alimony - is a monetary or material support, which one person is required to give another person entitled to receive it, according to the Code "On Marriage (matrimony) and family". The most common case of alimony - child support, alimony but may be paid to mothers and children, and spouses who cannot support themselves on their own, and to parents.

Child support – is enshrined in the law duty of parents, and it does not matter whether the parents are in marriage, civil marriage or are divorced. Children who are under guardianship or patronage, as well as adopted children are also entitled to alimony. According to the article 6 of the Code amounts owed to child maintenance, accrue to the parents or other legal representatives of the child and are spent for living expenses, education and upbringing of the child.

Who is entitled to alimony?

Alimony to under aged children

Parents must support their minor children, procedure and form of such support is determined by the parents themselves. Parents have the right to conclude an agreement on the support of their minor children (alimony agreement) in accordance with chapter 20 of the Code. If parents do not support their children, it was not stated in the court agreement or one of the parents didn’t claim for alimony, then the claim may be filed by a guardianship authority. Upon divorce, the court considers the agreement about:

If there is no  agreement between spouses or it contradicts to the interests of children, one of the spouses, the decision on these matters is determined by the court. Parents deprived of parental rights, must also pay child support in accordance with the article 79 of the Code. Alimony payments on the basis of agreement -  is a voluntary way of alimony payment, and by court order, on the basis of submitted claim - forced way (below you will find information on how to impose alimony).

Besides alimony parents can be subject to additional payments for child support. There are exceptional circumstances - severe diseases, injury or disability of minor children who are in need of assistance, if it’s necessary to pay nursing care for them and others.

Alimony to spouses and ex-spouses

According to the article 147 of the Code spouses must financially support each other. Besides means for child support there is also a range of cases when you may be demanded to support a spouse or ex- spouse. Iа there is no agreement, following persons may file a claim to the court:

Amount of alimony and the order of payment is determined by the court. In some cases the court may refuse in payment of alimony to former spouse, if disability was caused by the abuse of alcohol, narcotic drugs, psychotropic substances or as a result of committing an intentional crime, by virtue of the short marriage (up to 5 years) if the spouse requiring payment alimony behaves unworthily.

Alimony to major but incapable children

According to the article 143 of the Code employed parents must support their incapable major children who are in need of help. In this case with no agreement amount of alimony is determined by the court based on the financial position of the family, and will be in multiples of MCI. If there is no agreement and understanding between parent the order and amount of payment is determined by the court taking into consideration financial position of both parents and other conditions. Therewith alimony may be claimed as for actual needs so for future which may be necessary in future.

Capable major children have to support their incapable parents who are in need of assistance and care for them. If children do not support incapable parents voluntarily by agreement, parents can apply to the court for reclamation of alimony. Thus it is possible to claim as for one so for all children, but it should be noted that parents who did not fulfill their obligations are unlikely to receive an affirmative decision of the court, and cannot pretend for such alimony parents deprived of parental rights.

Except as stated above cases, there are alimony obligations between grandchildren and grandmothers/grandfathers, students and educators, and other family members.

In what amount alimony must be paid?

If while divorcement between spouses an agreement on the procedure and the amount of child support payments was made, then the payment must comply with the agreement. If agreement on the payment of alimony was not made, in accordance with the article 139 of the Code alimony for minors are imposed by the court from their parents.
Alimony should be paid monthly at in size of:

In some cases, the size of these shares may be reduced or increased by the court, taking into account the material or marital status of the parties and other relevant circumstances like the other kids and others.

The only limitation of deduction from the salary of alimony payer is the article 95 of the Law "On enforcement proceedings and the status of bailiffs" under which the debtor should keep at least 50% of the salary or other income.

What type of salary can be subject to alimony?

There is an approved List of types of salary and/or other income which is subject to alimony imposition  for minorchildren and which indicates that supporting of  all children is made from all types of salary and other income of parents. In this absolutely does not matter in what currency - national or foreign. Thus, alimony are held:

At the same time alimony from military, law enforcement and special government bodies employees made ​​from the following types of payments received by them in connection with the performance of duties:

How to make in agreement on alimony payment?

According to the article 157 of the Code agreement on alimony payment (size, condition and procedure for payment of alimony) is made between the person obligated to pay alimony and their recipient, and in case of incapacity of the person who is obliged to pay alimony and/or child support recipient - between their legal representatives. Agreement shall be in written form and be certified in notary.

If the material or marital status have been changed it is necessary to apply to the court for modification or termination of this agreement on the payment of alimony. The amount of alimony in this case is stipulated in the agreement, but it cannot be lower than the amount of support would be appointed by the court.

How to impose alimony in the court?

Alimony imposition - is the process of enforcing imposition of alimony from the person for whatever reasons that elude their voluntary payment. Apply to the court for alimony can be regardless of the period that has elapsed since the occurrence of the right to alimony, child support if not paid earlier by agreement of alimony payment. Therewith alimony are imposed since applying to the court, and in the intervening period may be required for no more than 3 previous years, if it is found that up to this time the money for support was not transferred.

To apply to the court for alimony the following documents are required:

Other documents may be required, depending on the specific circumstances before contacting the court, you can contact and clarify the list of documents for your situation.

According to article 616 of the Tax code, the Plaintiffs are exempted from paying the state fee for claims for alimony in the courts.

According to the Article 140 of the Code of Civil Procedure, unless stated claim for alimony for minors is not related to the establishment of paternity or the need to involve a third party, then the court order will be submitted. Court order will indicate the date and place of birth of the debtor, his place of work, name and date of birth of each child, on whose support alimony are imposed. Judge signs the court order, then it is sent for execution to the Department for the execution of judicial acts.

Subsequently, withholding from alimony wages is administered by the accountant of the organization (usually). The reason for withholding and transfer of alimony from wages may be: a notarized agreement, court order or writ of execution.

A bailiff can and should exercise systematic control over the correctness and timeliness of alimony withholding. At least once a quarter and at the application of a recoverer at any time.

According to the article 75 of the Code, if parents refuse to execute parental duties including payment of alimony they are deprived of parental rights.