Contacts of tech inspection centers of Nur-Sultan,Almaty,Shymkent cities and RK regional centers
The center of qualification of experts of transport in Nur-Sultan
Useful online services
How to pay 50% from the sum of fine
License plates of cars in Kazakhstan. The procedure for obtaining and recovery for loss 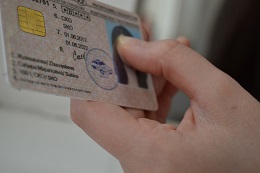 Each driver may have to replace or restore the driver's license because of loss ( theft ), the expiration of the rights or the driver's name change. In order to resolve each of the described situation there are a number of important nuances. Please check your repair or replacement, which will help you quickly get a driver's license.

Restoration of driving privileges for the loss or theft

To restore the rights to driving, you need to apply to the registration and examination units of the traffic police of the law enforcement bodies or the,special PSC or the "Government for Citizens" State Corporation, NJSC where the REU employees are stationed, and provide the necessary documents:

If a driver's license is lost, a temporary driving license is issued, which is valid for one month from the date of issue. At the end of the specified period, a new driver's license will be issued with a note "In exchange for the lost"; without passing the exams for driving permits.

For a person who changes his place of residence or who is going to military service, study, for a long trip (more than three months), the driver's certificate instead of the lost one is issued before the expiry of the monthly period, on the basis of supporting documents.

The obtained driver's licenses, instead of which the drivers have been given other driving licenses, lose their legal force from the moment of issue of new driving licenses and are subject to obligatory delivery to the REU for their subsequent destruction.

According to the Law of the RoK "On application of changes and additions to several regulatory legal acts of the RoK" № 83-VI dated July 3, 2017 there is no need to pass examination in order to change the driver's license after expiration.

To replace the driver's license you should apply to the registration and examination units of the traffic police of internal affairs agencies, Special PSC or to the NGJSC "State Corporation "Government for Citizens" where the REU employees are stationed, with a package of documents:

For foreigners and persons without citizenship a driver’s license, issued by foreign country is submitted with translation into state or Russian language.